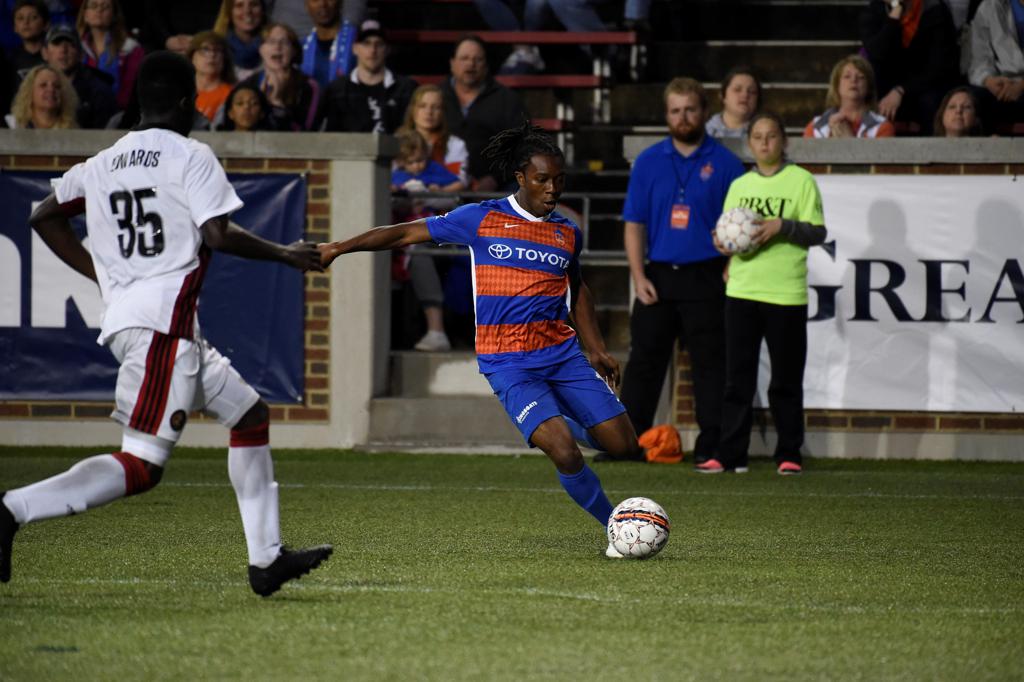 Over the course of his 10-year career, Lahoud has made over 200 appearances for five different clubs in MLS, the NASL and the USL. The 32-year-old has amassed over 15,000 minutes at the club level, including nearly 9,000 at the MLS level with both Chivas USA and the Philadelphia Union.

“We are pleased to have Michael join our squad for 2019,” said SAFC Head Coach Darren Powell. “He has a lot of good experience in U.S. soccer. He is a midfielder that is effective on both sides of the ball, and we anticipate him being able to impact our team this season.”

Lahoud joins SAFC from FC Cincinnati where he spent the 2018 season, making 24 appearances for the USL regular season champions last campaign. Originally drafted by Chivas USA in the first round (ninth overall) of the 2009 MLS SuperDraft, Lahoud would go on to make his professional debut in March of that year, playing in four consecutive seasons with the club prior to being traded to the Union. After 58 MLS appearances in Philadelphia, Lahoud spent time with the New York Cosmos prior to being acquired by Miami FC (NASL) where he played in 46 league matches over the course of two seasons from 2016-17. Lahoud finished as a runner-up with the Union in the 2014 and 2015 U.S. Open Cups while also winning the 2017 NASL Spring Season title. He was also named the 2016 NASL Humanitarian of the Year while with Miami FC.

The midfielder played four years of college soccer at Wake Forest University, scoring 14 goals and recording 20 assists while leading the Demon Deacons to the 2007 NCAA National Championship. Lahoud has also made four appearances for the Sierra Leone full national team, including a World Cup qualifier in 2013.

“I am very intrigued by the club’s ambition to be one of the premier clubs in the USL,” said Lahoud. “The ownership and staff want to build something special here and do it the right way. This year we have a new team, which means new challenges. As an experienced player, I hope to help lead on and off the field as we aspire to make history in San Antonio.”

With the addition of Lahoud, the SAFC roster currently stands at 18.

San Antonio FC is currently preparing for the upcoming USL season, and fans can purchase 2019 season tickets by calling the SAFC sales office at 210-444-5657 or by visiting SanAntonioFC.com. Supporters can also follow the club by liking San Antonio FC on Facebook, as well as following the team on Twitter (@SanAntonioFC), Instagram (@sanantoniofc) and Snapchat (SanAntonioFC).