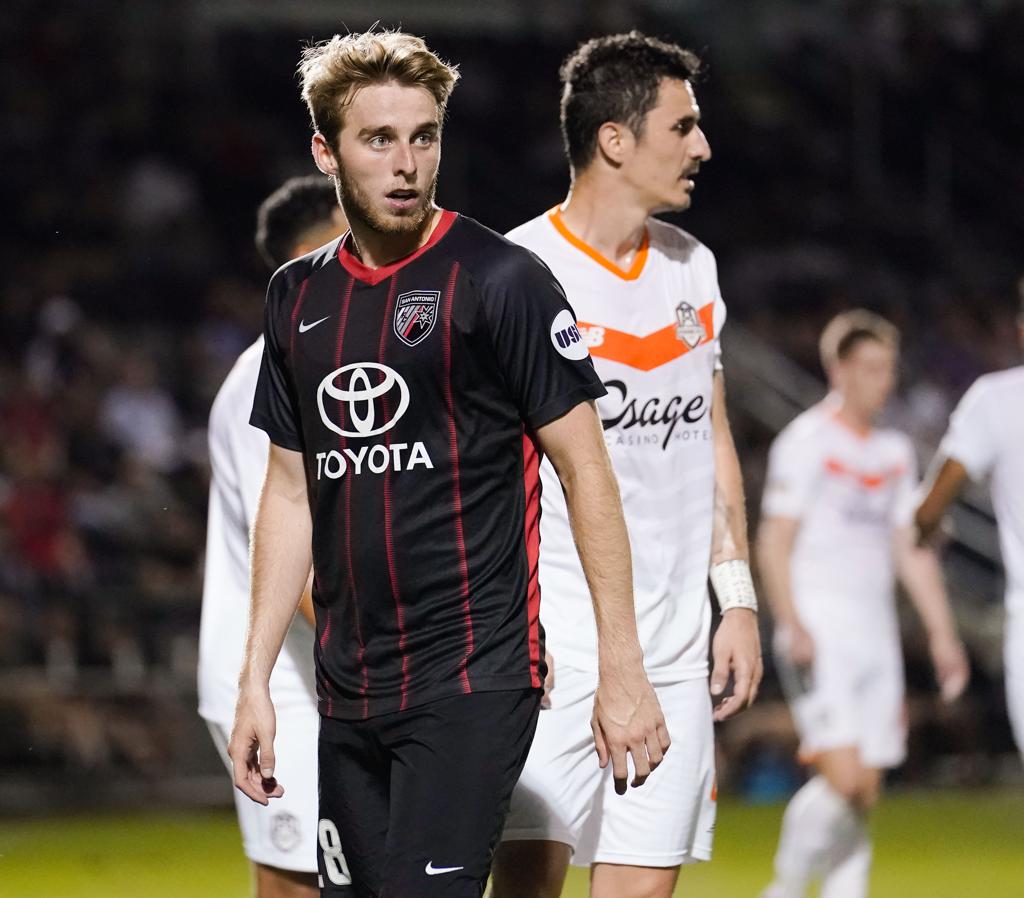 “We are pleased to have Alex back in 2019,” said SAFC Head Coach Powell. “For his first season as a pro, Alex came in and scored some good goals for us last year. We look for him to continue with his development and keep learning his position while scoring a few more goals in the upcoming season.”

Bruce appeared in 13 league matches in 2018, making eight starts and tallying 779 total minutes. The forward added three goals, 17 shots and a 72.7 percent passing accuracy in USL matches. Bruce’s three goals were tied for the third-most on the roster over the course of the season and tied the all-time SAFC rookie record for USL goals in a season.

Bruce originally spent time training with San Antonio FC towards the end of the 2017 USL season. The 20-year-old forward, originally from England, was a member of the Texans SC Houston soccer club that year. In 31 appearances overall for the Texans SC Houston U-17/18s in 2016-2017, Bruce scored 17 goals in 29 starts while leading the team to its first-ever U.S. Soccer Development Academy Championship in July after a 2-1 victory over the LA Galaxy.

“I’m excited to be back and blessed to get another opportunity with this club,” said Bruce. “I’m going to come in fighting every day and hope to make it a successful season for the city and fans.”

San Antonio FC is currently preparing for the upcoming USL season, and fans can purchase 2019 season tickets by calling the SAFC sales office at 210-444-5657 or by visiting SanAntonioFC.com. Supporters can also follow the club by liking San Antonio FC on Facebook, as well as following the team on Twitter (@SanAntonioFC), Instagram (@sanantoniofc) and Snapchat (SanAntonioFC).