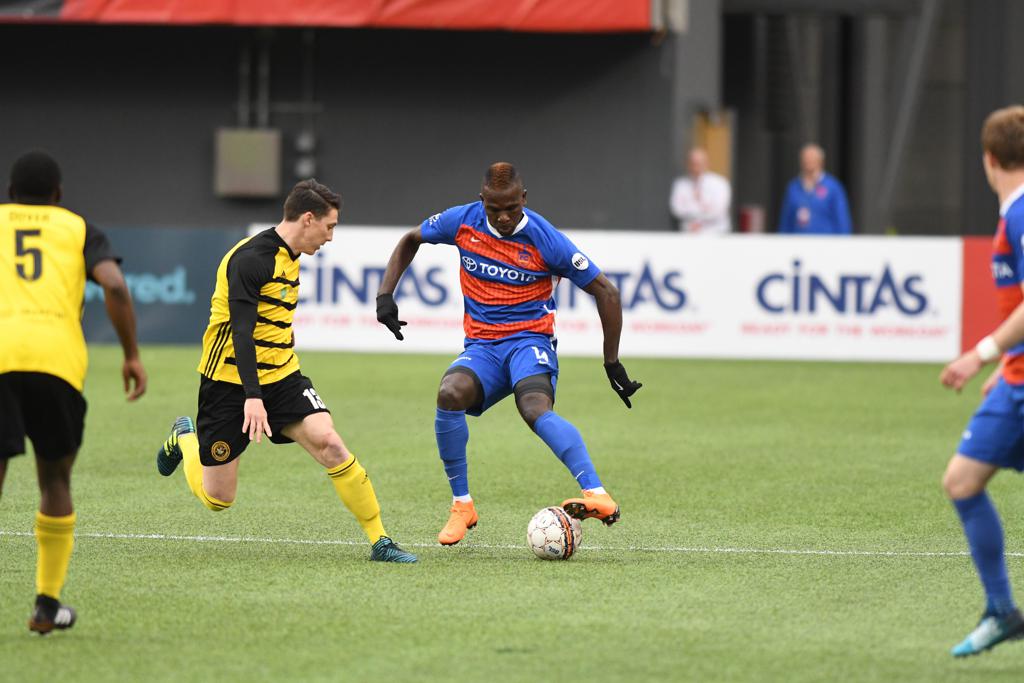 San Antonio FC has added midfielder Lance Laing on loan from FC Cincinnati for the rest of the 2018 USL season pending league and federation approval, the club announced today. Per club policy, terms of the deal were not disclosed.

Laing joins San Antonio after appearing in six matches with FC Cincinnati in 2018, tallying 373 total minutes. Laing joined Cincinnati after an impressive season with North Carolina FC in 2017 where he scored eight goals and recorded five assists in 24 NASL appearances.

“We welcome Lance as he joins the squad this week,” said SAFC Head Coach Darren Powell. “We are looking forward to working with him, and we expect him to help us here in the final stretch of the season.”

Over seven seasons in the NASL from 2011-17, Laing amassed over 150 appearances with four different clubs, recording 27 goals and 20 assists and becoming the first player in the modern era of the NASL to be named to the NASL Best XI three times – 2011, 2014, 2015. The 30-year-old was an NASL championship finalist with the Fort Lauderdale Strikers in 2011, and also led the Strikers to the playoffs in 2012. Laing also reached the postseason in 2017 with North Carolina FC before being eliminated in the Semifinals.

Prior to joining the Strikers in 2011, Laing started his career in his native Jamaica, spending time with Harbour View and Village United from 2007-11 and winning a first division championship in 2007 and 2010. The midfielder has made appearances with the U-17 and full Jamaican national teams, making nine appearances with the senior squad including in the 2015 Copa America and 2015 Gold Cup. Laing will join his national team compatriot Omar Gordon in San Antonio.

“I am very happy to be in San Antonio,” said Laing. “I am looking forward to helping the team solidify its playoff position and then pushing into the postseason. I am excited to work with my new coaching staff and new teammates, and can’t wait to get started.”

With the addition of Laing, the SAFC roster currently stands at 25. Laing will wear No. 7 for the club.

San Antonio FC will host the Swope Park Rangers on August 25 at Toyota Field. Fans can purchase tickets by calling the SAFC sales office at 210-444-5657 or by visiting SanAntonioFC.com. Supporters can also follow the club by liking San Antonio FC on Facebook, as well as following the team on Twitter (@SanAntonioFC), Instagram (@sanantoniofc) and Snapchat (SanAntonioFC).