SAFC Midfielders Tyrpak and Lopez Picking Up Where They Left Off 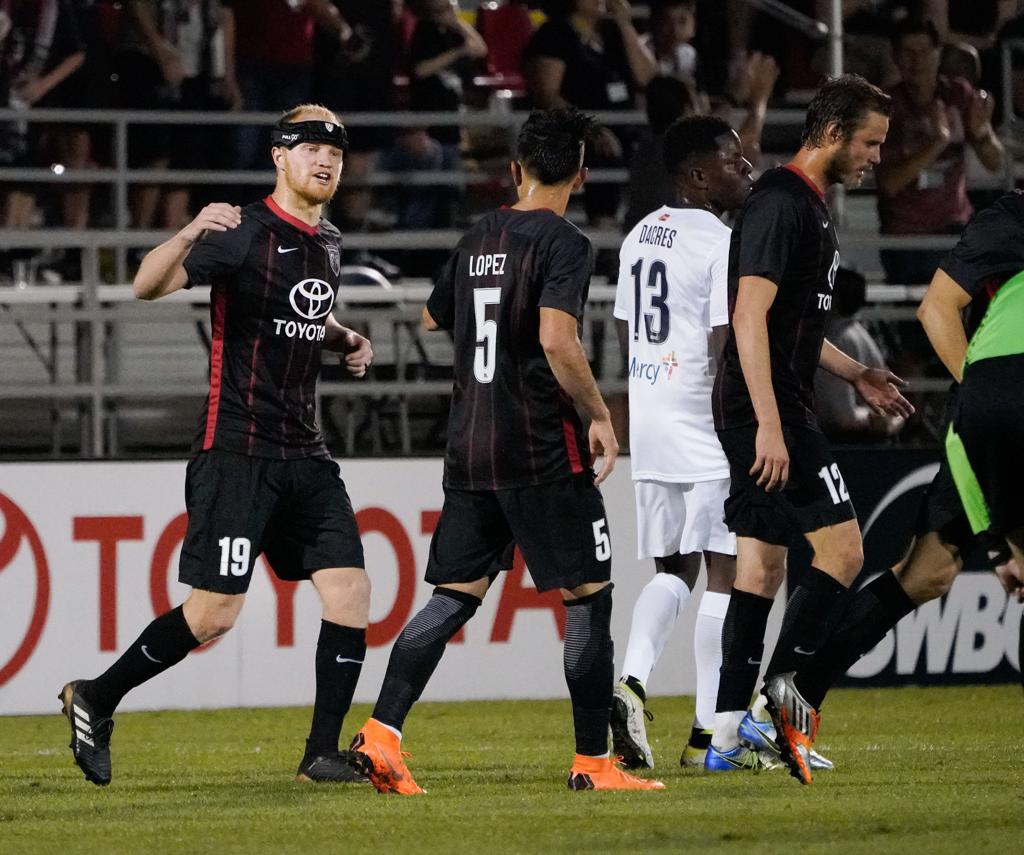 San Antonio FC earned a 2-1 win in front of a sold-out crowd at Toyota Field on Saturday. Despite conceding a goal in just the third minute of the match, the Alamo City club rallied from behind to earn three points in front of their fans.

As if a comeback win after going down early in the match weren’t impressive enough, both SAFC goals shared a common theme, one that has been in the making for quite some time. The first goal came from Mikey Lopez after Kris Tyrpak headed the ball across the mouth of goal to set up Lopez’s finish. The second goal came after Tyrpak found the end of a cross from Lopez and headed it in past the keeper.

The two goals were incredibly similar-- two parallel plays that saw the midfielders reciprocating the same setup to assist the other’s goal (not to mention a third constant factor in Connor Presley’s involvement to spark both plays).

The connection between the two midfielders seemed like it had been there for years, and that’s because it has. The two Texas natives enjoyed their first stint as teammates when they were teenagers while playing club soccer with Lonestar SC.

“Mikey (Lopez) and I used to play in the same team growing up,” Tyrpak said following Saturday’s match. “We’ve played together for multiple years and it’s just a matter of getting back into it, and tonight I think it showed.”

A native of Dripping Springs, Tyrpak was involved with soccer clubs in the Austin area since he was 12 years old, and eventually found himself playing for Lonestar SC after the club absorbed the Capitals and AU, both former clubs of the midfielder.

“Lonestar merged with a lot of clubs back then,” Tyrpak said. “I stayed with Lonestar and eventually we started bringing in good players from the (Rio Grande) Valley, and we ended up with sort of like a super team.”

Among those players was Mikey Lopez. When he was just in the eighth grade, Lopez decided to attend a boarding school in Austin so he could dedicate more time to soccer and have a better chance at a collegiate career, and eventually try to go pro. During that time, he and Tyrpak ended up on the same team which would go on to win state championships, appeared in the U.S. Development Academy playoffs, and finished in second place at the prestigious Dallas Cup.

“We accomplished a lot during those years,” Lopez said. “We won a few trophies and made progress as people off the field. And of course, we made a lot of friends along the way.”

After two years of playing together, Lopez and Tyrpak went their separate ways. Tyrpak attended and played soccer at Houston Baptist University, and Lopez did the same at the University of North Carolina. They both earned valuable experience playing in Major League Soccer, and eventually their paths crossed again in the Alamo City with San Antonio FC.

Despite years of not playing together, Lopez and Tyrpak’s chemistry on the pitch looked intact during the SAFC home opener, a fact that Lopez thinks is a huge positive as he continues to incorporate himself into the team and its style of play.

“It’s helped a lot playing with him again,” Lopez said. “It helps to know how a teammate plays, how he likes to receive the ball and his tendencies with it. It’s good that we have that relationship already and we don’t have to start from scratch. We’re picking up right where we left off.”

For Tyrpak, picking up where he left off also means continuing to be an integral part of the SAFC roster. The midfielder was the second-highest goal scorer for the club last season with six goals. On Saturday, he scored his first goal of the season in front of a packed Toyota Field.

From Lopez’s perspective, returning home to Texas has been a great experience. The Mission native has scored two goals in as many matches, and after playing his first match at Toyota Field, he’s looking forward to improving along with his teammates and fine-tuning their team chemistry.

“The connections we’re building with each other are growing,” Lopez said. “It started the first week of preseason and with each game and every week that we train together, we get more comfortable with each other, and that’s starting to show on the field.”