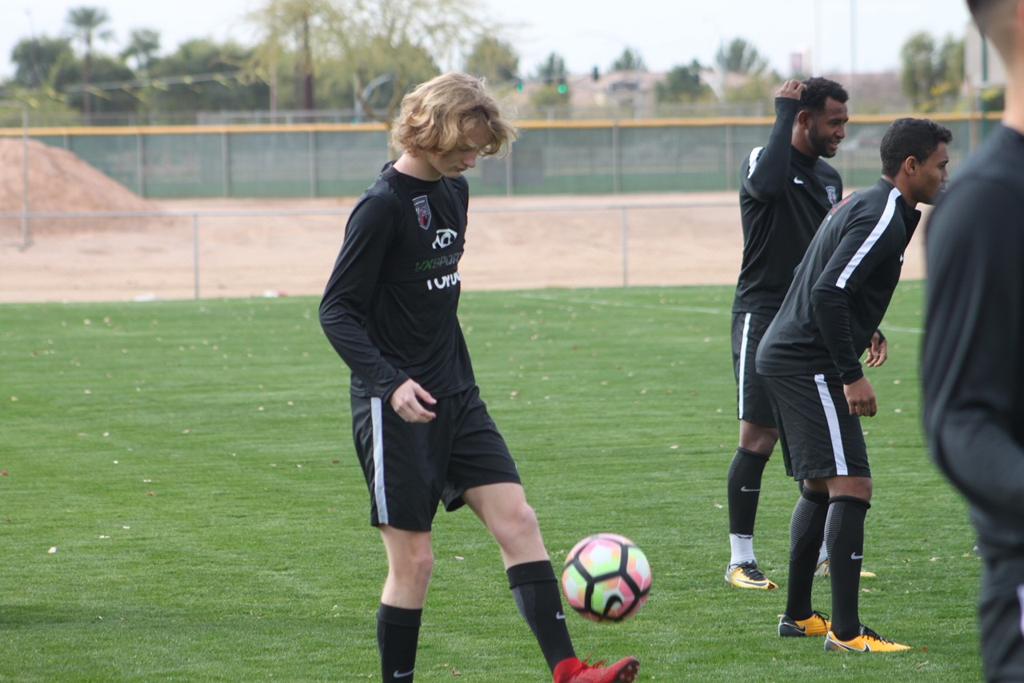 San Antonio FC has added 16-year-old Ethan Bryant to the club’s roster, the team announced today. Bryant’s registration with SAFC as a USL Academy Player allows him to play in competitive matches without potentially jeopardizing future college eligibility. The deal is pending league and federation approval.

“We are excited for Ethan to join us on a full-time basis,” said SAFC Head Coach Darren Powell. “He has shown well over the last year both in our Elite Training Program and in our first team sessions, so this is the next logical progression for him. There are many more steps he needs to take, but we are excited that he is the first player that has come through the identification process with SAFC Pro Academy Director Nick Evans and his staff.”

“To be a part of SAFC is a dream come true,” said Bryant. “I've wanted to play at the professional level since I started playing soccer, and to be able to do that for my hometown -- with exceptional teammates and a staff that believes in me -- is unbelievable. I am excited for the hard work and I am looking forward to what the future has to offer.”

The SAFC Elite Training Program falls under the SAFC Pro Academy umbrella, and is designed to be another collaborative effort between San Antonio FC and all San Antonio greater area youth soccer clubs. The ETP provides additional technical programming for boys, and serves as an identification and development program for future SAFC Pro Academy players at multiple age groups.

“We are delighted to welcome Ethan to San Antonio FC,” said SAFC Pro Academy Director Nick Evans. “He is a player who we have seen grow so much in the past four years. We greatly appreciate the cooperation Classics Elite and Head Coach Oscar Munoz have had in working together with SAFC in Ethan's development. The technical staff at SAFC are committed to giving San Antonio youth the opportunity to be a part of SAFC if they show the hunger and humility to improve and represent the club crest.”

With the addition of Bryant, the SAFC roster currently stands at 21. He will wear No. 18 for the club.

San Antonio FC is currently preparing for the upcoming USL season, which kicks off on March 17 in Sacramento prior to the SAFC home opener on March 24 at Toyota Field vs. Saint Louis FC. Fans can purchase 2018 season tickets by calling the SAFC sales office at 210-444-5MLS or by visiting SanAntonioFC.com. Supporters can also follow the club by liking San Antonio FC on Facebook, as well as following the team on Twitter (@SanAntonioFC), Instagram (@sanantoniofc) and Snapchat (SanAntonioFC).