Diego Restrepo was sitting on his couch in February, making peace with the idea that his playing career could be over.

His 29th birthday was near, and no pro teams were calling. His most viable offer was to be a goalkeeping coach at a nearby college.

Restrepo said he was days away from becoming a coach when San Antonio FC asked him to be a trialist.

He had proven himself over and over in his soccer career, and Restrepo was being asked to do it again. Nothing is guaranteed for trialists. No contract, no money, just a spot on the field in training camp.

Restrepo accepted the offer with a mantra in mind:

He got off the couch and became the USL’s 2017 Goalkeeper of the Year.

“I really was close to giving up,” Restrepo said. “This honor is a reminder to never quit because you never know what’s behind the next door.”

Restrepo was one of the last players SAFC signed before the season began. When starting goalkeeper Matt Cardone suffered what would ultimately become a season-ending injury in the fifth game, Restrepo was in net. 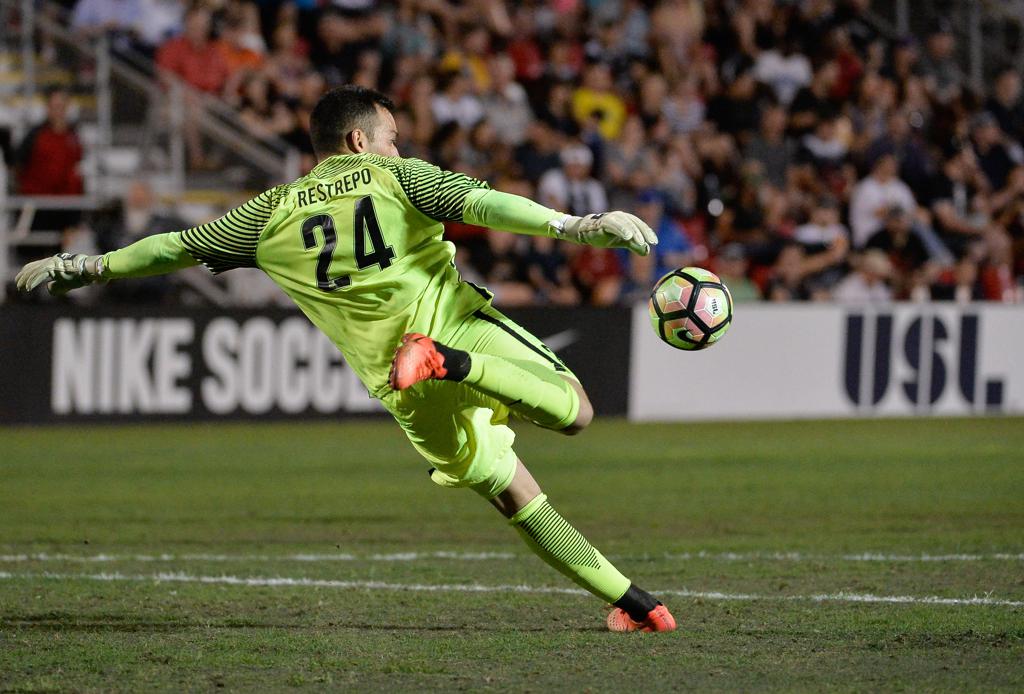 He responded by leading the league with 12 clean sheets and finishing second in the USL with an 0.80 goals against average. He made 69 saves for a 76.4 save percentage.

“His story is truly inspiring for all the players out there,” SAFC coach Darren Powell said. “He worked his way up the depth chart and when he had his opportunity, he was thankful and seized it. I don’t know if anyone, Diego included would have thought at the beginning of the year that he would win this honor, and he earned it.”

Restrepo’s first start was on April 25 in a 3-2 win against Seattle Sounders 2. SAFC didn’t allow another goal in USL play until June 17.

For 50 days, nothing got past Restrepo and the SAFC defense.  The streak started with a 4-0 win in Portland and continued for seven more games. It coincided with another streak, as SAFC started the season unbeaten in its first 14 matches.

The scoreless streak of 672 minutes was the second-longest in USL history.

For San Antonio FC, a franchise in its second season, the streak defined the identity of the team as a relentless defense that made goals scarce.

“The whole team came together from the first moment,” Restrepo said. “It was like putting a plug in the wall. Everything was on immediately.” 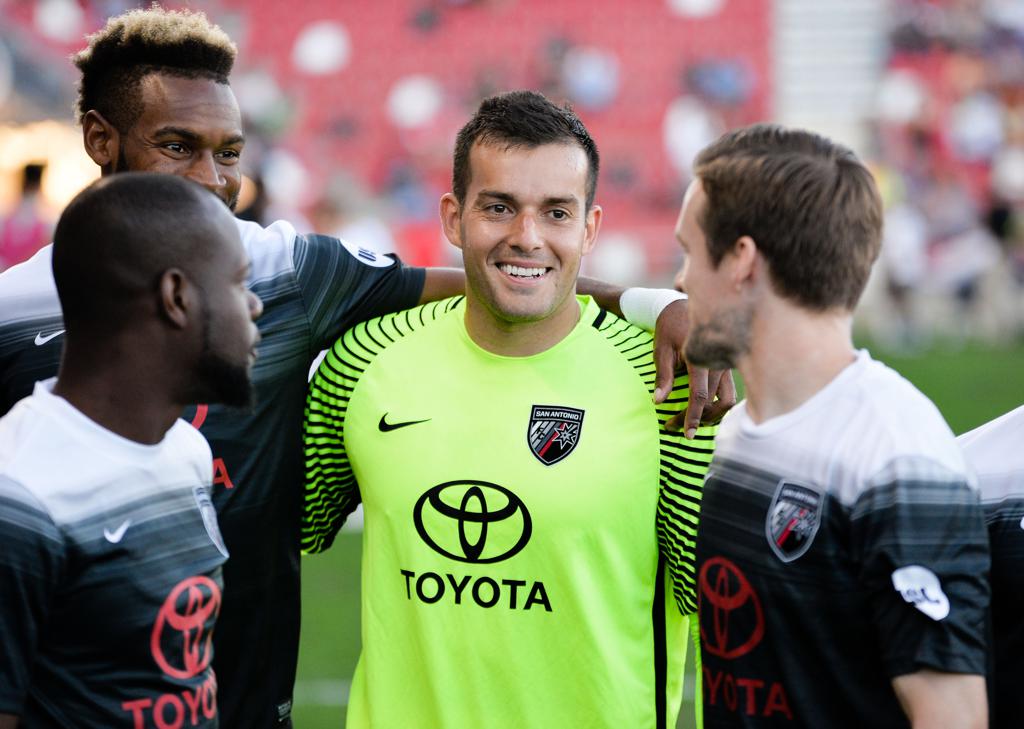 SAFC made a leap from missing the playoffs in its inaugural season of 2016 to finishing second in the Western Conference in 2017.

Restrepo proved himself once again and adds Goalkeeper of the Year to an already packed resume.

He was a member of the US National Under-17 and 20 teams, went on to Virginia where he led the school to an NCAA Championship, and in a pro career spanning seven seasons in Colombia, Venezuela and America. A year before arriving in San Antonio, he had been named the U.S. Open Cup’s Lower Division Player of the Tournament for helping the Fort Lauderdale Strikers to the Open Cup quarterfinals in 2016.

He may have been on his couch in February, but Restrepo remained prepared in case a call did come. He was humble, and he was hungry.

“Many people in his position would say ‘I’m done,’” said SAFC Managing Director Tim Holt. “It speaks to Diego’s character that he said ‘I can help.’ And what came next was one of the best seasons defensively in the history of the league.”