Forward Tallied Three Goals and an Assist Over Two Matches 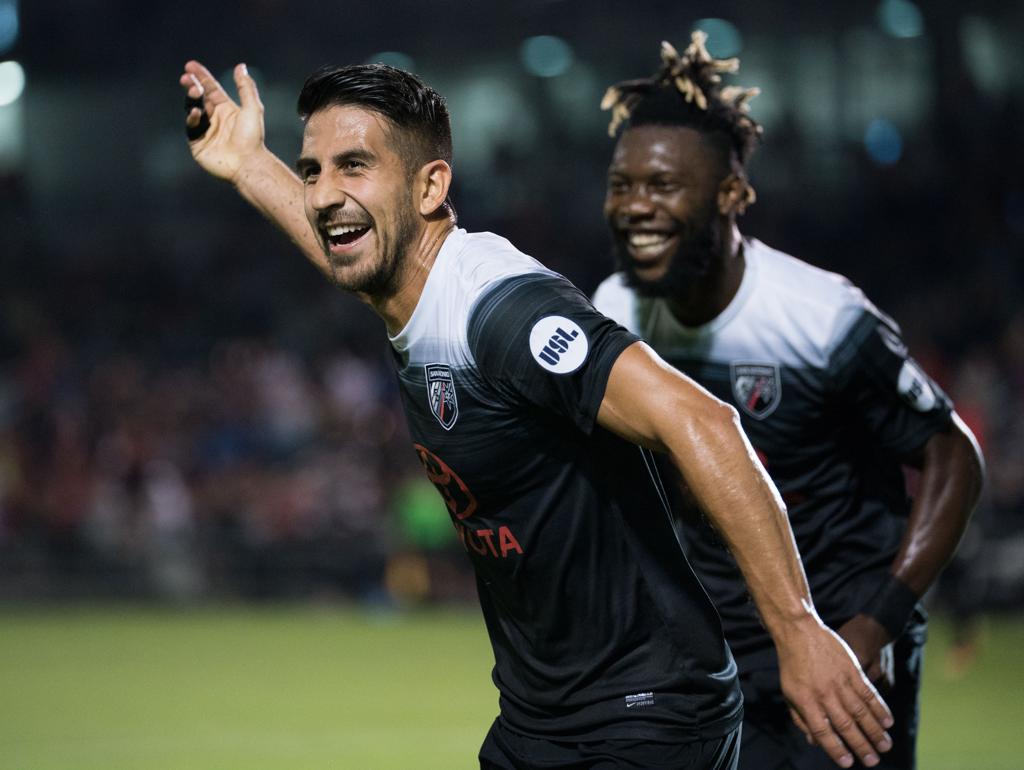 San Antonio FC forward Ever Guzman has been named the USL Player of the Week, the league announced today. Guzman scored three goals and recorded an assist over two matches from October 11-14.

“I’m grateful to receive the honor, but it’s been a collective effort from the team,” said Guzman. “We’ve played well and closed out the season on a positive note by clinching the second seed in the playoffs, and now we want to start our playoff run in the best way possible.”

Guzman played 90 minutes in San Antonio’s 2-1 win over Portland Timbers 2 last Wednesday, scoring a goal and collecting the game-winning assist, which clinched a home playoff match for SAFC. Guzman followed that performance with his first brace for the club against RGV FC last Saturday. Guzman has now scored four goals and recorded an assist in his last three matches as the striker also tallied the equalizing goal against the Tampa Bay Rowdies on October 7.

The Mexican international originally signed for SAFC in August after spending the entirety of his career in the first and second divisions of Mexico. Guzman was a U-17 World Cup winner with Mexico in 2005 and was the competitions’ second-leading scorer with four goals in the tournament.

Guzman is just the third SAFC player to earn USL Player of the Week honors and the second in the 2017 season. San Antonio FC goalkeeper Matt Cardone was the first ever Player of the Week in club history after his shutout performance in August of 2016 earned a road win in Saint Louis, while forward Cesar Elizondo earned the honors following a two-goal performance this season on April 28 at Portland Timbers 2.