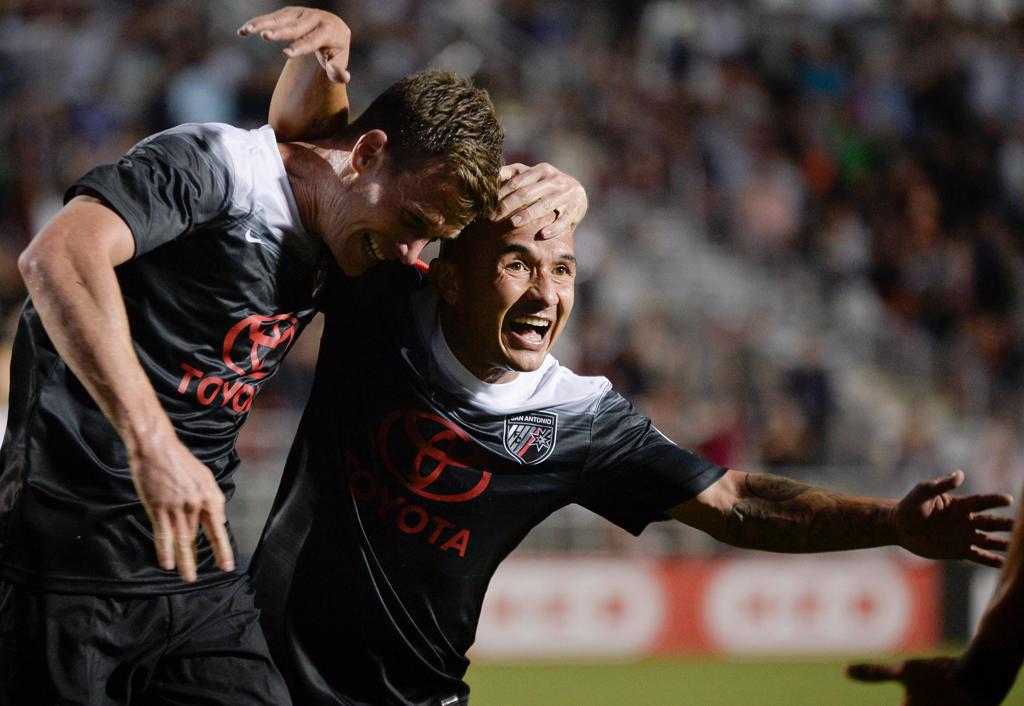 San Antonio FC beat LA Galaxy II 3-0 at Toyota Field in the club’s first home match of the 2017 USL season. Goals from Rafa Castillo, Michael Reed, and Billy Forbes earned the Silver and Black three points at home in front of a sold-out crowd of 8,081 fans.

“I’m very proud of our guys for the way they worked from the first whistle,” SAFC Head Coach Darren Powell said. “There was a lot of positive energy that the players showed. We got off to a good start and I thought today we scored three very good goals.”

SAFC midfielder Rafa Castillo opened the scoring in the 12th minute when teammate Billy Forbes found him at the top of the box, from where he slotted the ball past LA Galaxy II goalkeeper Jon Kempin. The goal marked Castillo’s first this season after leading the club in goals scored (five) in 2016.

San Antonio FC captain Michael Reed added a second goal in the 29th minute after defender Ben Newnam sent a low cross into the box, which Cesar Elizondo dummied, leaving Reed open for a shot that deflected off a defender and into the net to earn the hosts the 2-0 lead.

The Alamo City club then widened the gap one last time in the 77th minute when midfielder Billy Forbes dribbled down the flank and in on goal, placing the ball past Kempin to cap off the 3-0 win. The goal marked Forbes’ second of the season since returning to San Antonio. The Turks and Caicos native tallied his first of the season against RGV FC last Sunday.

“Throughout the week I’ve wanted to score,” Forbes said. “To get out there and score gets a lot of emotion out of me. I’m back and it feels good to be back.”

SAFC recorded its second sold out match at Toyota Field in club history. The night’s 8,081 attendance marked the second-highest in franchise history after SAFC drew 8,466 fans for the club’s inaugural home opener in 2016.

The match also marks the club’s first win in a home opener and the second consecutive clean sheet for SAFC and goalkeeper Matt Cardone, bringing the keeper’s overall shutout tally to seven since joining the club in 2016.

San Antonio FC will return to action on Friday, April 7 when they host Colorado Springs Switchbacks FC at Toyota Field at 8 p.m.