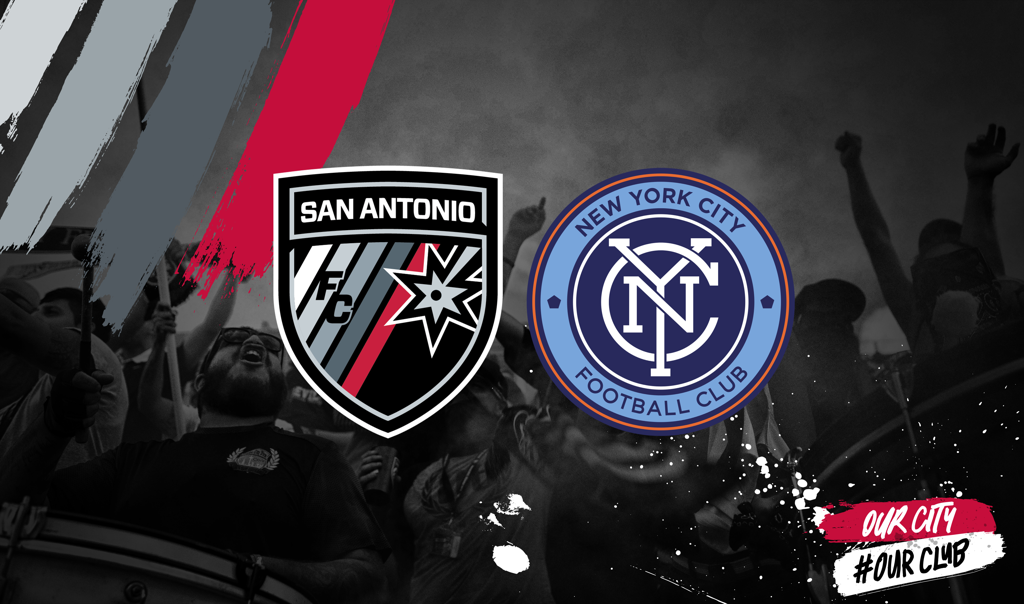 San Antonio FC and Major League Soccer (MLS) club New York City FC (NYCFC) have entered into a collaborative partnership starting with the 2017 season, the two clubs announced today. Each club will be designated as the other’s affiliate for the upcoming season and the partnership will result in organizational collaboration for on and off the field initiatives.

The partnership will facilitate the sharing of best practices between the two clubs as well as Spurs Sports & Entertainment and City Football Group – the controlling entity of NYCFC. The two organizations will explore opportunities in marketing, community relations, player development, academy expansion and growth as well as other key areas of sports business.

The partnership includes an element of player movement, giving San Antonio FC the opportunity to strengthen their USL roster through player loans from NYCFC during the 2017 season.

“We are delighted to have the opportunity to partner with New York City FC as we continue to shape the ambitious future of San Antonio FC,” said SAFC Managing Director Tim Holt. “NYCFC has quickly established itself as one of the highest performing clubs in Major League Soccer, and there is a considerable amount we can learn from their successful sporting and business models. We look forward to cooperating with our new partners and are excited by this tremendous boost headed into the 2017 season.”

“This will be an important affiliation for NYCFC with an ambitious, forward-thinking club like San Antonio FC which shares our drive to grow the game within their own passionate soccer community,” said NYCFC Sporting Director Claudio Reyna. “Spurs Sports & Entertainment is a best-in-class professional sports organization that New York City FC can learn a great deal from as we look to grow our club on and off the field within the American sporting landscape. We also believe this will be a mutually beneficial relationship which will allow us to share ideas and knowledge on team and coaching development between the two clubs. This is an exciting announcement for both clubs and I’m looking forward to seeing the benefits that both teams can reap from it.”

Founded in 2013, NYCFC is jointly owned by City Football Group and Yankee Global Enterprises – the owner of the New York Yankees. The club was the 20th franchise to join Major League Soccer and began play in the league’s Eastern Conference in 2015. NYCFC, which plays its home games at Yankee Stadium, is coached by French soccer legend Patrick Vieira and recently finished the 2016 MLS season in second place in the Eastern Conference, advancing to the Conference Semifinals in the MLS playoffs.

“We are really excited to work with one of the premier soccer organizations in the country in NYCFC and City Football Group,” said SAFC Head Coach Darren Powell. “Being able to tap into their ideas and into their knowledge can only benefit our growing club both on and off the field. It’s been exciting to observe the quality of NYCFC’s preseason under the guidance of Head Coach Patrick Viera. It has been very beneficial getting to know the staff and their professionalism, especially learning from Claudio Reyna. We thank both Claudio and Patrick along with the rest of the NYCFC staff for their confidence in San Antonio FC.”

San Antonio FC is currently prepping for its second season in the USL, which is scheduled to kick off on March 26 at RGV FC before the club returns to Toyota Field for its home opener on April 1 vs. LA Galaxy II at 7:30 p.m. Fans interested in season tickets can contact the SAFC sales office at 210-444-5MLS or visit SanAntonioFC.com.