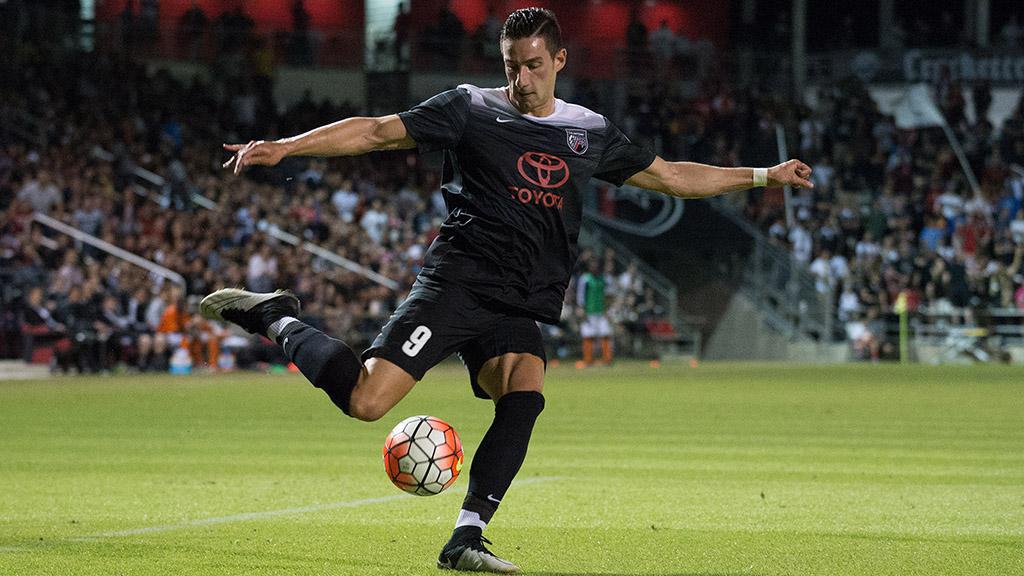 SAN ANTONIO – San Antonio FC midfielder Manolo Sanchez has been called into the Puerto Rico National Team for this weekend’s international exhibition against the United States this Sunday. Sanchez will also be with the team for two Caribbean Cup qualifying games against Grenada and Antigua & Barbuda in early June.

“It’s a great honor to represent your country,” said Sanchez. “It’s always something very special. You’re playing for something greater than yourself, and I am really excited and really looking forward to it.”

A former player for the New York Red Bulls II, Sanchez will get the chance to represent Puerto Rico as it takes on the United States at the Estadio Ramon Loubriel. The game will be broadcast on Fox Sports 1 and UniMas at 12 p.m. ET.

“It’s great for Manolo to get called up to represent his country especially in a game against the United States,” said SAFC Head Coach Darren Powell. “We are all pleased for him and wish him the best of luck in the next couple of weeks with his national team.”

Following Sunday’s game, Sanchez and his teammates will face Grenada on June 1, and Antigua & Barbuda on June 4 in the second round of Caribbean Cup qualifying. Part of qualifying for the 2017 Gold Cup, Puerto Rico will face Grenada on the road in St. George’s, and an Antigua & Barbuda side that is likely to include the Charleston Battery’s Quinton Griffith at the Estadio Loubriel as the team looks to finish first in the three-team round robin to advance.