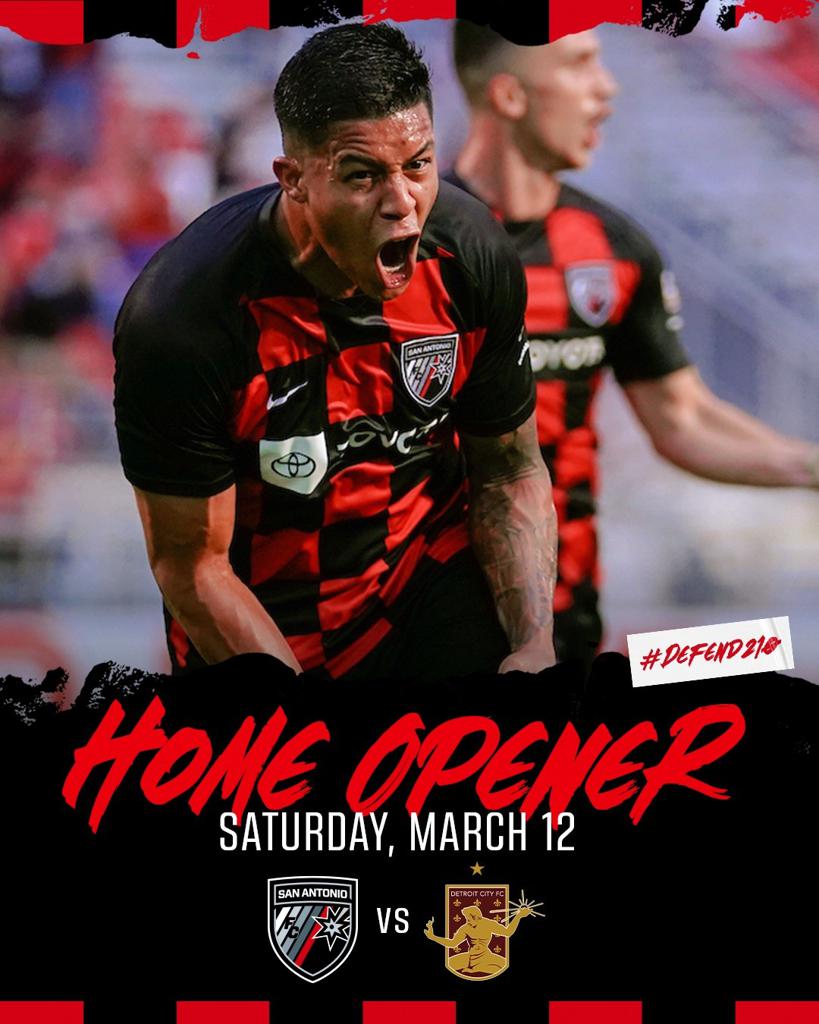 For the fourth straight season, SAFC will begin the campaign in the Alamo City when they welcome Detroit to Toyota Field. San Antonio will look to keep its home opener unbeaten streak alive after the club has compiled a 4-0-2 record in the six home openers since the club’s inception in 2016.

The March 12 match between SAFC and Detroit City will be the first meeting between the two sides in any competition. Originally founded in 2012, Detroit has competed in both the NPSL and in NISA during its existence and has won a number of trophies.