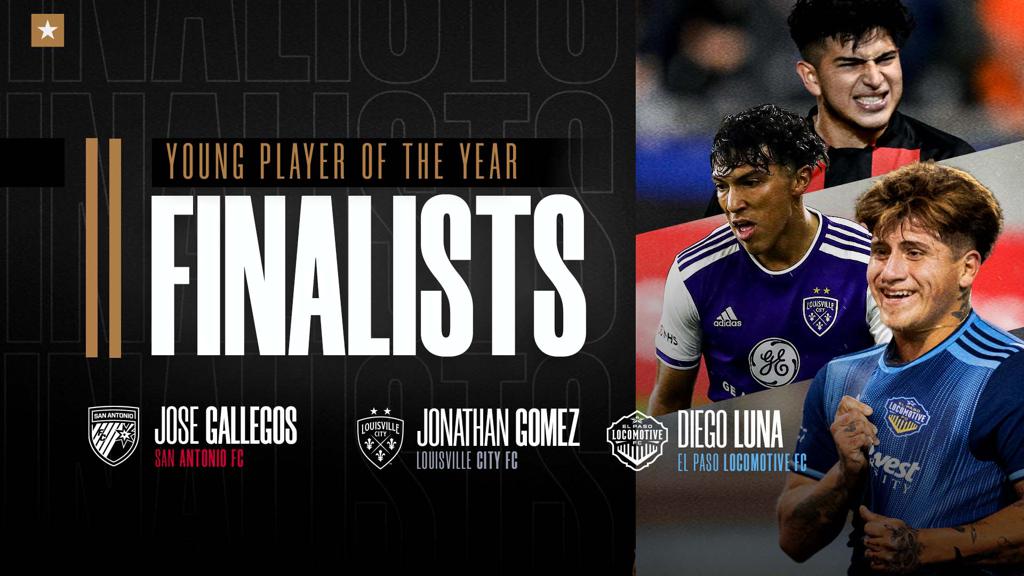 In addition to Gallegos, Jonathan Gomez of Louisville City FC and Diego Luna of El Paso Locomotive FC were also named as finalists. The 2021 USL Championship Awards, including Young Player of the Year, were voted on by team management and a league-wide media panel that included representation from every USL market. The winner will be announced on Tuesday, Nov. 30.

Gallegos was nominated as a Finalist for a second consecutive season, after he continued to shine for San Antonio as it reached the postseason for a second consecutive season. The 20-year-old SAFC Pro Academy product recorded seven goals, three assists and 38 chances created while leading the league with 99 completed dribbles. Gallegos also won 233 duels defensively to rank seventh in the league overall with a +9.14 Goals Added mark.