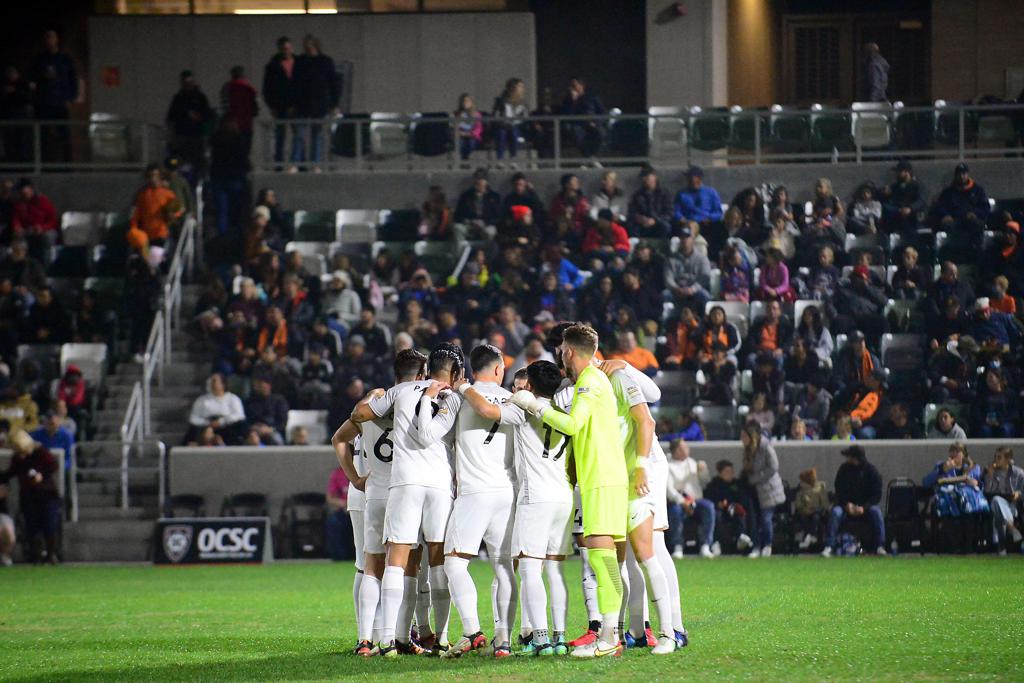 San Antonio FC had its playoff dream fall just short after a gritty and hardworking performance on the road in Orange County in the Western Conference Finals on Saturday night. After falling behind in the first half, SAFC leveled in the second half and took the game to penalty kicks where they were eventually eliminated.

It was an amazing season,” said SAFC Head Coach Alen Marcina. “It's tough to go out on penalties, but I'm proud of the collective and how cohesive they were. They were ultra-competitive and demonstrated resilience throughout the season.

“We clearly demonstrated a true team identity, and I'm proud of everybody's effort and commitment. Everybody needs to keep their head held high and be proud of what was achieved this year, and to have reached a Western Conference Final for the first time in franchise history.”

The match started relatively even with both teams feeling the other out to try and get a foothold in the game. It was the home side that would strike first when a long throw from the hosts found the foot of the leading scorer Ronaldo Damus who finished past the diving Jordan Farr. SAFC entered halftime down a goal and looking to get back into the match in the second 45 minutes.

It only took 20 minutes in the second half for SAFC to equalize. A run from Connor Maloney down the right hand side ended with a pinpoint cross to the back post where Marcus Epps leaped highest to finish. The goal was Epps’ seventh of the season in all competitions and first in the playoffs. Maloney’s assist was his second in the postseason, which is a new SAFC record.

The two teams ended regular time tied and would go on to play an eventful but scoreless extra 30 minutes. In the end, SAFC were unlucky in penalty kicks, falling 5-3 to Orange County from the spot.