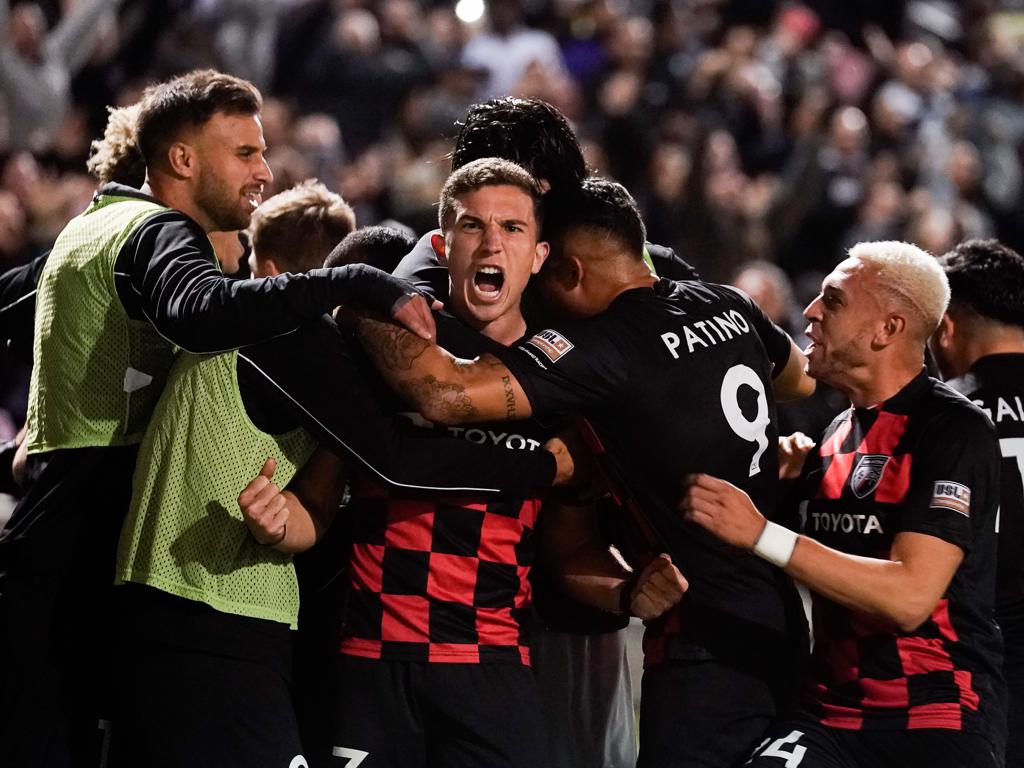 For the first time in club history, San Antonio FC advanced to the Western Conference Final after it defeated rivals RGV FC 3-1 in front of a sellout crowd at Toyota Field Saturday night. Two goals from Santiago Patino and a third from Nathan helped seal the victory at home.

“First and foremost, I’m blessed to lead this team,” said SAFC Head Coach Alen Marcina. “It’s a great group. I’m very thankful. We had a sold out stadium. We do this for our fans. It was so loud they are so passionate. Players feed off that energy.

“RGV FC is an excellent team. They gave everything hats off to them. They battled really hard and played good soccer. At the same time, our guys were effective with and without the ball. Not only did we perform, but we executed at a high rate.”

With the crowd leading the atmosphere, SAFC started off on the stronger foot pressing and creating a couple of half chances in the attacking third. RGV FC was able to possess the ball for a period during the first 20 minutes, but it was the home side that would open the scoring. After a mazy run from Jose Gallegos, his shot was saved right to the feet of Patino who tapped in the rebound for the opener in the 24th minute.

The two teams would enter halftime with SAFC still clinging to the 1-0 lead. As the second half started, San Antonio immediately looked to doyble its lead, and did just that just 10 minutes into the half. A cross from Connor Maloney was settled well by Patino before he turned and fired past the diving goalkeeper for the 2-0 lead. SAFC would then make in three in the 62nd minute after Gallegos played a perfect pass to Nathan who cut to his right foot and found the back of the net. With the goals, Patino is anow the all-time leading scorer for SAFC in postseason play.

RGVFC would get one back with a penalty in the 69th minute, but some excellent defending from the SAFC back line would preserve the two-goal lead and the victory.

SAFC will now await the result of the ongoing clash between Orange County SC and Oakland Roots SC. If Oakland wins, SAFC will host the Conference Final at Toyota Field, but the club will travel to Orange County should the California side prevail.