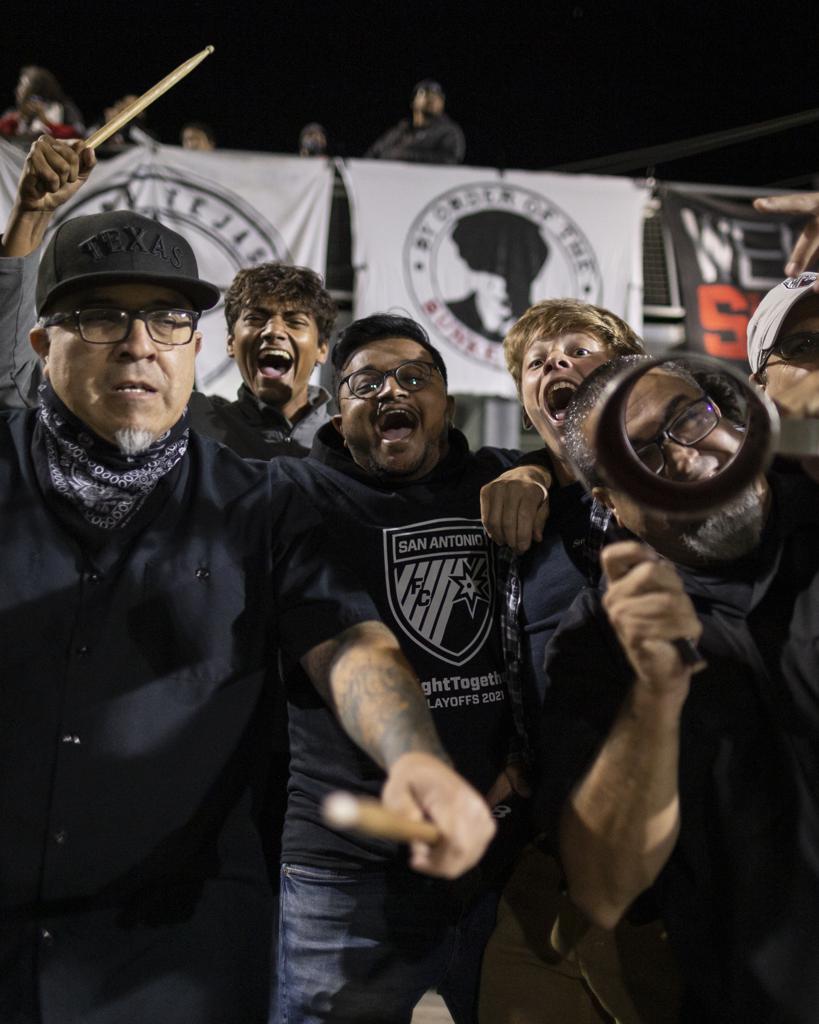 San Antonio FC will once again blackout Toyota Field for its Western Conference Semifinal match presented by SWBC on Saturday, November 13 at 8 p.m. SAFC will host the first playoff edition of the South Texas Derby when rivals RGV FC pay a visit to the Alamo City in the second round.

Just like last weekend’s successful Western Conference Quarterfinal at Toyota Field, fans in attendance are encouraged to wear their favorite black SAFC merchandise to this Saturday’s game as the USL Championship Playoffs presented by Twin Spires continue. The exclusive line of black SAFC playoff merchandise is available now in-store and on SAFCfanshop.com; and will be available at The Soccer Factory kiosks at Toyota Field on game-day. In addition, all black SAFC merchandise, excluding the playoff line, will be 30 percent off at The Soccer Factory on Saturday from 10 a.m. to 7 p.m.

The match will once again be a dollar drink night with $1 beer and sodas courtesy of Michelob Ultra. Toyota Field will continue to showcase special pyrotechnics during the pregame ceremonies and within the playoff match itself. Fans will also be able to enjoy nachos at Ricos Game Ready Nacho carts that will be located within the East and West concourses, and coffee and hot chocolate will also be served at select concession areas during the fall postseason game.

The game marks the fifth home playoff match in San Antonio FC history, and second in 2021 after SAFC defeated San Diego Loyal SC 2-0 in the first-round last week. SAFC made the playoffs for the second straight season for the first time in club history after the team secured a second-place finish in the Western Conference Mountain Division. The winner of this Saturday’s match will move on to the Western Conference Final for a chance to play in the USL Championship Final.