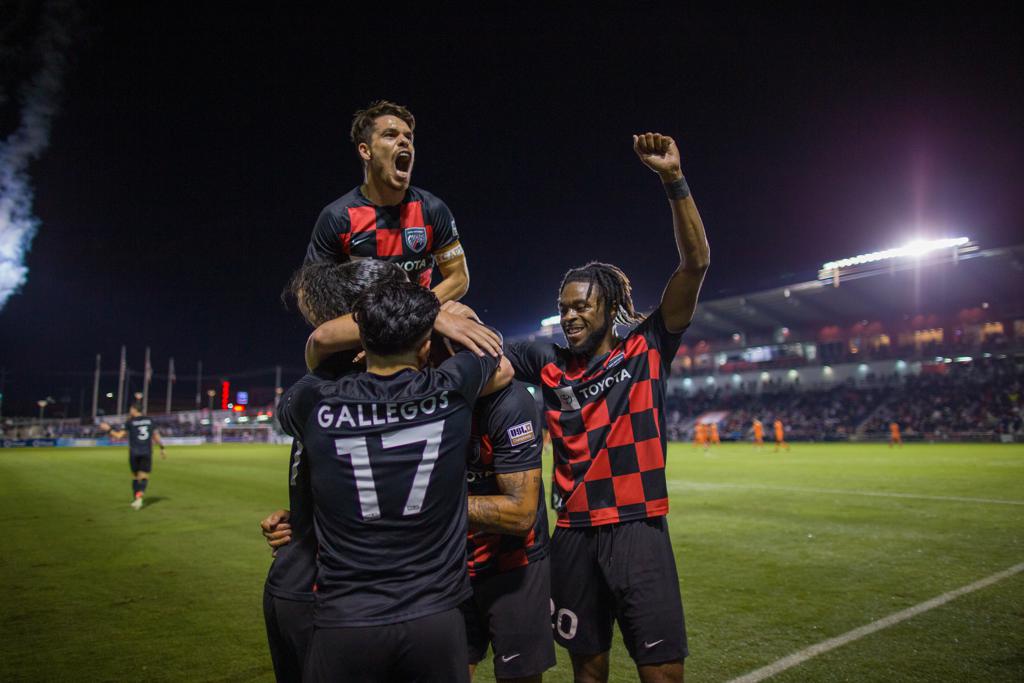 San Antonio FC advanced to the Western Conference Semifinals in front of a season-record crowd on Friday night after a 2-0 win over San Diego Loyal SC. Goals from Santiago Patino and Nathan along with a shutout helped the club win just their second playoff game in team history.

“I am incredibly proud of the collective,” said SAFC Head Coach Alen Marcina. “They fought for the 90-plus minutes; their pressing actions were fantastic. As a collective it was a defensive masterclass. From front to back we were extremely organized and extremely smart. We scored a couple of nice goals. San Diego is a very good team coached by Landon [Donovan] and Nate [Miller]. We knew it would be a tough challenge, but we earned and deserved the win.”

SAFC dominated the opening proceedings keeping San Diego on the back foot with its pressing and aggressive style. The Alamo City club opened the scoring just 14 minutes in when a wonderfully struck free kick from Mohammed Abu found the head of Nathan who fired past the diving keeper for the 1-0 lead. SAFC then doubled its advantage just 10 minutes later from another set piece when a header from Mitch Taintor eventually fell to Patino who bundled the ball home.

A great one on one save from goalkeeper Jordan Farr – who joined the team on emergency loan this week – helped keep the score 2-0 in the first half. Taintor also made an impressive clearance off the line to help keep San Diego from finding the breakthrough.

In the second half, SAFC held their lead and defended bravely while also remaining dangerous on the counter-attack. Midfielder Mohammed Abu controlled the game in midfield, completing 90.0 percent of his passes and recording 10 possessions gained. Despite a late attacking threat from Loyal SC, SAFC was able to earn the shutout win and advance to the next round of the postseason.

SAFC will now await the result of the Phoenix Rising vs. RGVFC matchup that takes place on Saturday night. If Phoenix wins, SAFC would travel to Arizona next Saturday, and if RGV earns the victory, Toyota Field would host another playoff match next weekend.