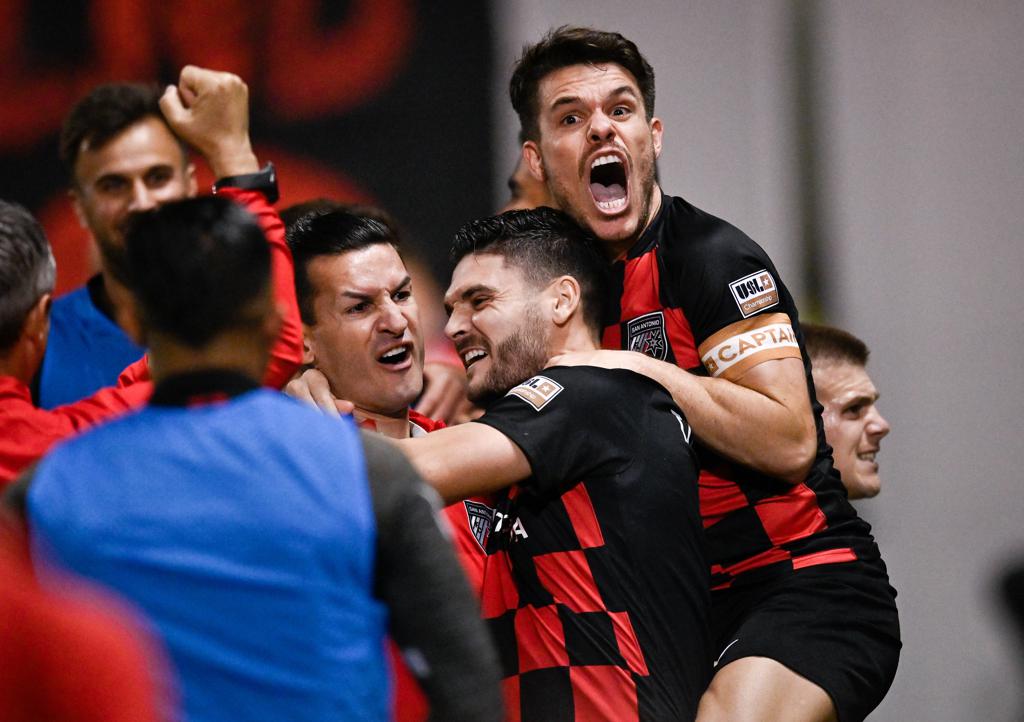 - San Antonio FC (14-8-10) defeated the Colorado Springs Switchbacks (13-9-10) on Saturday at Toyota Field 3-0 to secure a home playoff game in the first round. SAFC will now host a Western Conference Quarterfinal on Friday, November 5 at 8 p.m.

Tickets are on sale now and can be purchased at www.sanantoniofc.com.

“Colorado Springs and us both had a lot to play for tonight, and they are a very good team,” said SAFC Head Coach Alen Marcina. “They made it very challenging, credit to them. They were excellent all season long. But at the same time, I am incredibly proud of the collective. It was a total team effort from start to finish. We earned those three points. I’m so happy for our fans that we play for. We have the opportunity to host the first round in the playoffs and we are so excited for that.”

SAFC entered the pivotal match as the dominate side, looking to replicate the first match between the two sides in the first game of the season when SAFC also earned a 3-0 win. The Alamo City club opened the scoring in the 5th minute when a cross from Nathan deflected off of Switchbacks defender Michael Edwards for an own goal. SAFC entered halftime with the one-goal lead, looking to add to their tally in the second half.

San Antonio FC jumped out of the gates in the second 45 quickly when Jose Gallegos scored just one minute in. A great run from Nathan led to an easy pass that split the defenders, allowing Gallegos to chip over the goalkeeper for the 2-0 lead. SAFC then made it three after a brilliant cross from Marcus Epps found the head of Kortne Ford who scored his fourth goal of the season after the ball just crossed the line.

With the win, SAFC secured second place in the Mountain Division and a top four place in the Western Conference. The club will now host the Quarterfinal match against either San Diego Loyal SC or Orange County SC depending on tonight’s results.