Despite Loss in New Mexico, SAFC Clinches Postseason Spot After Other Results Within the Division 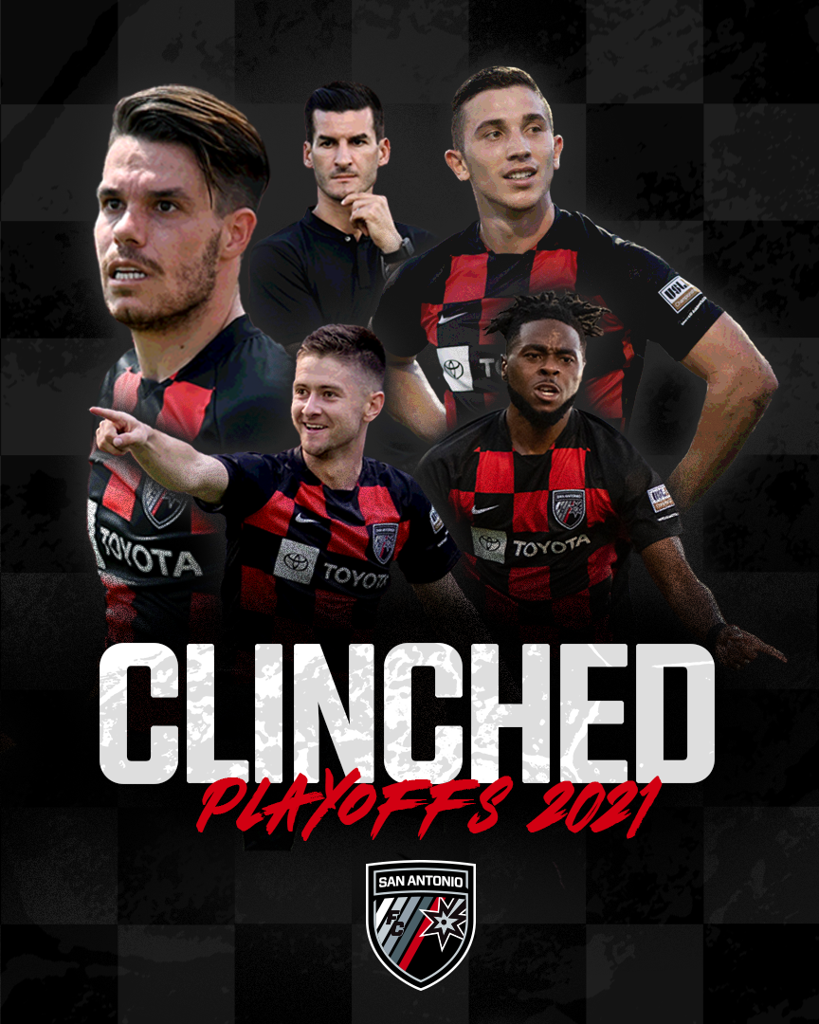 San Antonio FC (13-8-9) clinched a spot in the USL Championship playoffs on Wednesday night for the second consecutive season. Despite falling 2-4 in New Mexico, SAFC secured its spot in the postseason after Austin Bold FC lost on the road to El Paso Locomotive.

“It’s the first time in SAFC history to go to playoffs in back to back seasons,” said SAFC Head Coach Alen Marcina. “We are incredibly proud of that achievement. It’s difficult playing in the strongest division in the league. I am extremely proud of the collective.”

New Mexico took the lead early after scoring a rebound from a fantastic Matthew Cardone save, however SAFC would equalize in the 32nd minute through a Nathan penalty. The goal was Nathan’s 11th of the season, which ties the all-time single season record for SAFC originally set by Ever Guzman in 2018. SAFC then took the lead after a a wonderful set piece from Ollie Wright found Joaquin Varela who scored his second attempt after forcing a save with the first.

The referee handed out 17 cards in the match, including a second yellow card to Wright in the 58th minute, forcing San Antonio to play a man down for the remainder of the game. With their advantage, New Mexico pressed and found three unanswered goals to seal the 4-2 victory at home.

Despite the loss, SAFC earned its third playoff berth in club history. SAFC has two matches remaining at home against Austin Bold FC and Colorado Springs Switchbacks respectively. The club controls its own destiny as it looks to lock up second place in the decision and a first-round home playoff match.