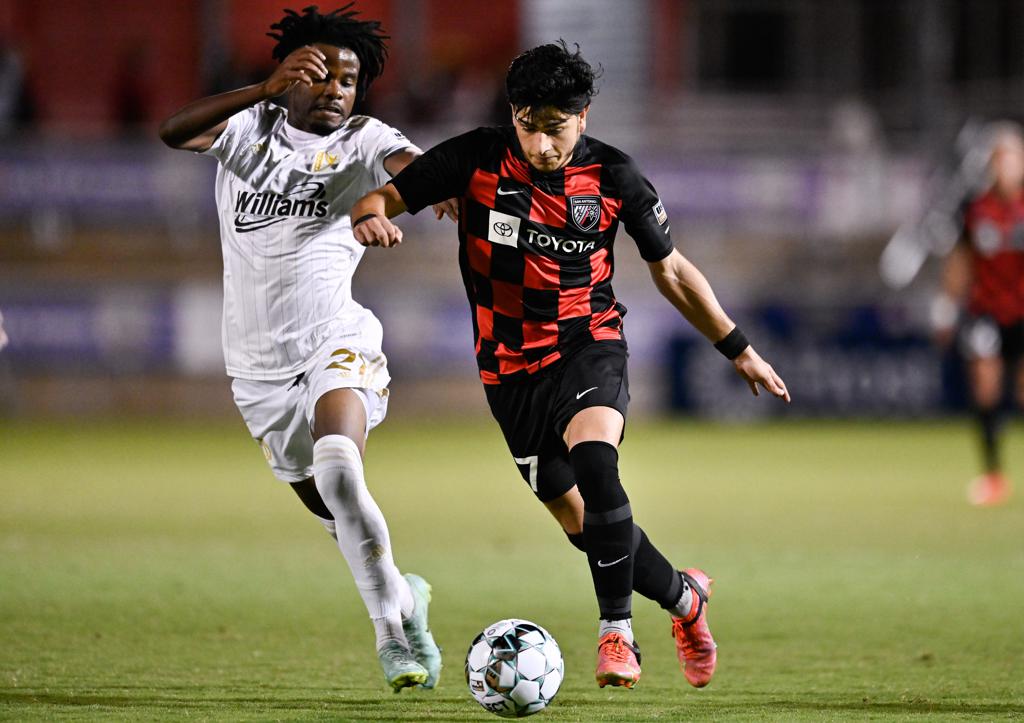 San Antonio FC (13-7-9) finished Saturday’s match vs. FC Tulsa (12-12-4) at Toyota Field with a 1-1 draw after a second-half goal from Jose Gallegos earned the point for the home side.

“I am incredibly proud of the collective and their resilient behaviors,” said SAFC Head Coach Alen Marcina. “We’ve preached it all year and they continue to demonstrate it game after game. I thought from start to finish, we were the aggressors with and without the ball and we created more than enough opportunities to win the game. They scored a beautiful goal…but none the less we did more than enough to get the three points, but I’m proud of the group tonight.”

Despite another fast start for San Antonio, it was FC Tulsa that would open the scoring on the evening. A loose ball in midfield was picked up by Rodrigo da Costa and the veteran curled a left-footed shot into the upper corner past the diving Matthew Cardone to give the visitors a 1-0 lead. SAFC got back into the game quickly, going close a number of times in the first 45 minutes, however Tulsa would enter halftime with the valuable road lead.

After starting the second-half on the front foot, SAFC would find the equalizer in the 57th minute after Jose Gallegos curled a ball over the FC Tulsa keeper into the side netting. The goal was Gallegos’ sixth on the season and second in as many matches. The Alamo City club was the closest to finding the winner after shots from Nathan, Justin Dhillon, and Marcus Epps all almost found the back of the net. In the end, the final whistle blew and SAFC would share the points with their former Western Conference rivals.

Following tonight’s home match, SAFC will travel to New Mexico to face New Mexico United on Wednesday in the club’s final road match of the season. San Antonio will look to earn a playoff spot with a result on the road in midweek.