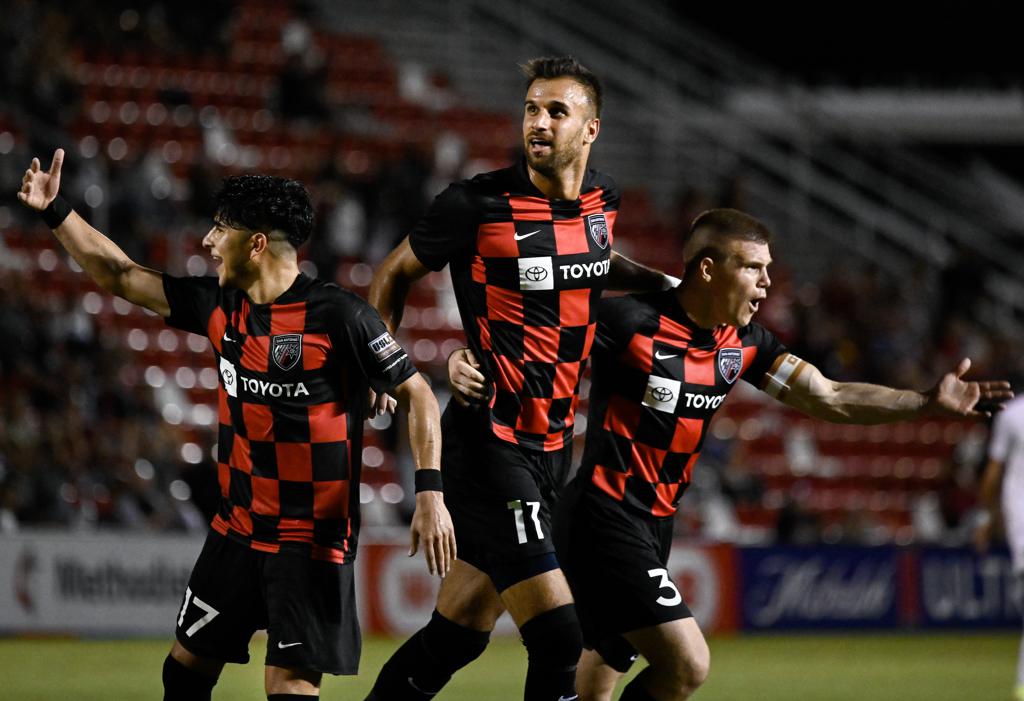 San Antonio FC (13-7-8) scored their highest goal tally of the season, defeating Memphis 901 FC (10-9-8) 4-2 on Sunday at Toyota Field. Two goals from Nathan and additional goals from Justin Dhillon and Jose Gallegos were more than enough for all three points against the Eastern Conference opponents.

“I’m proud of the guys for demonstrating attacking resilience,” said SAFC Head Coach Alen Marcina. “If you look at the first 15 minutes, we were unfortunate not to be up by multiple goals. Then to concede, we needed to keep working and we deservingly scored one back…I’m just incredibly proud of them to maintain and stay resilient because it’s easy to sometimes doubt yourself and they didn’t.”

San Antonio started hot out of the gates and created a number of chances within the first 20 minutes. The side should have probably taken the lead but forced a couple of saves from Cody Cropper and struck the post twice via Marcus Epps and Gallegos. Against the run of play, it would actually be Memphis who would take the lead. A great pass opened up space for Kyle Murphy who found Michael Salazar for a tap in to take the lead in the 22nd minute.

SAFC would respond quickly however, once again getting back into their attacking groove. In the 30th minute, a great pass from Mitch Taintor found Mathieu Deplagne who’s cut back in turn found Gallegos. The SAFC Pro Academy product then lashed the ball past the diving Cropper to even the score. The teams entered halftime even despite SAFC controlling the first 45 minutes.

The Alamo City club would take advantage of their attacking display with a great second half that saw three goals for the home side. Dhillon gave SAFC the 2-1 lead in the 54th minute with a deflected strike after some great skill from Epps, then the former Sounders forward collected an assist to go with his goal when he played in Nathan who finished in the 66th minute. The Brazilian would complete his SAFC record fourth brace of the season in the 86th with a wonderful solo goal after Epps’ second assist.