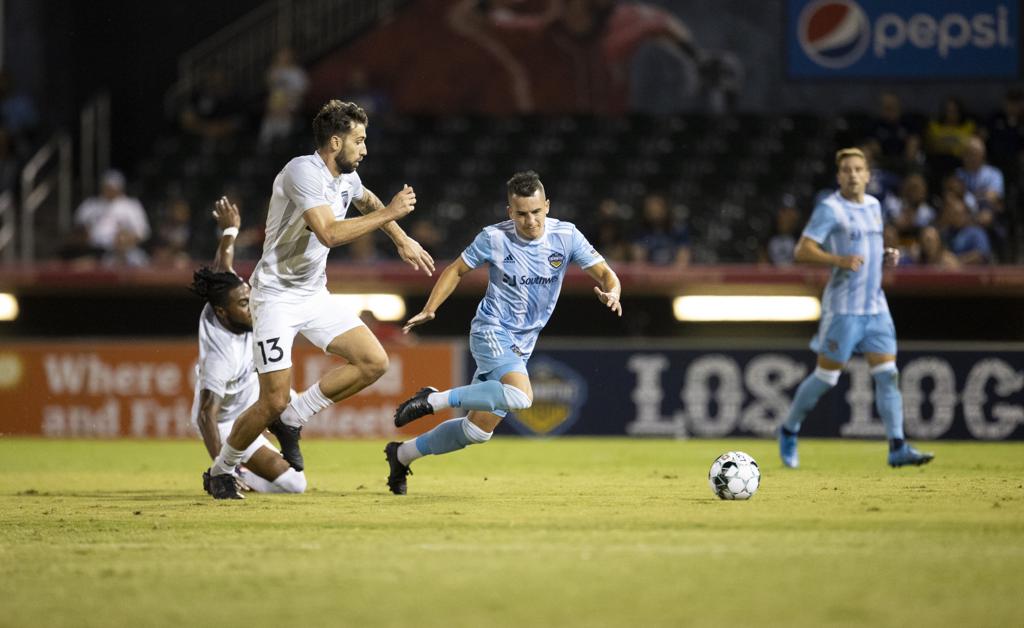 “It was a tale of two halves,” said SAFC Head Coach Alen Marcina. “In the first half our pressing actions were fantastic. We deserved those two goals and could have got an additional one, but the second half we stopped pressing and the game turned in favor of El Paso. Theres a reason they are one of the best teams. They played well the second half, but at the same time I’m proud of the guys who continue to be resilient to go get the equalizer in stoppage time.”

SAFC started the game quickly when Justin Dhillon hit the crossbar within the first five minutes. SAFC continued to press for the opener and were rewarded when Dhillon capitalized on a loose ball in the box to slot home. SAFC doubled its lead in similar fashion after Mathieu Deplagne put away a rebound after a Marcus Epps header came back off the post. San Antonio reached halftime on top and looking for its fifth straight road win.

The second half however would be a different story. El Paso made changes at the break and immediately pushed to get back into the game. The Locos were able to score three second half goals to take the lead and put themselves in position for an impressive comeback victory. However, late in stoppage time defender Mitch Taintor found Kortne Ford with a long ball and the on-loan defender powered it into the goal to tie the game and earn the road point.

San Antonio is now unbeaten in its last five road matches, collecting 13 points in those games. SAFC will return home this Sunday to face Memphis 901 FC at Toyota Field at 7:30 p.m.