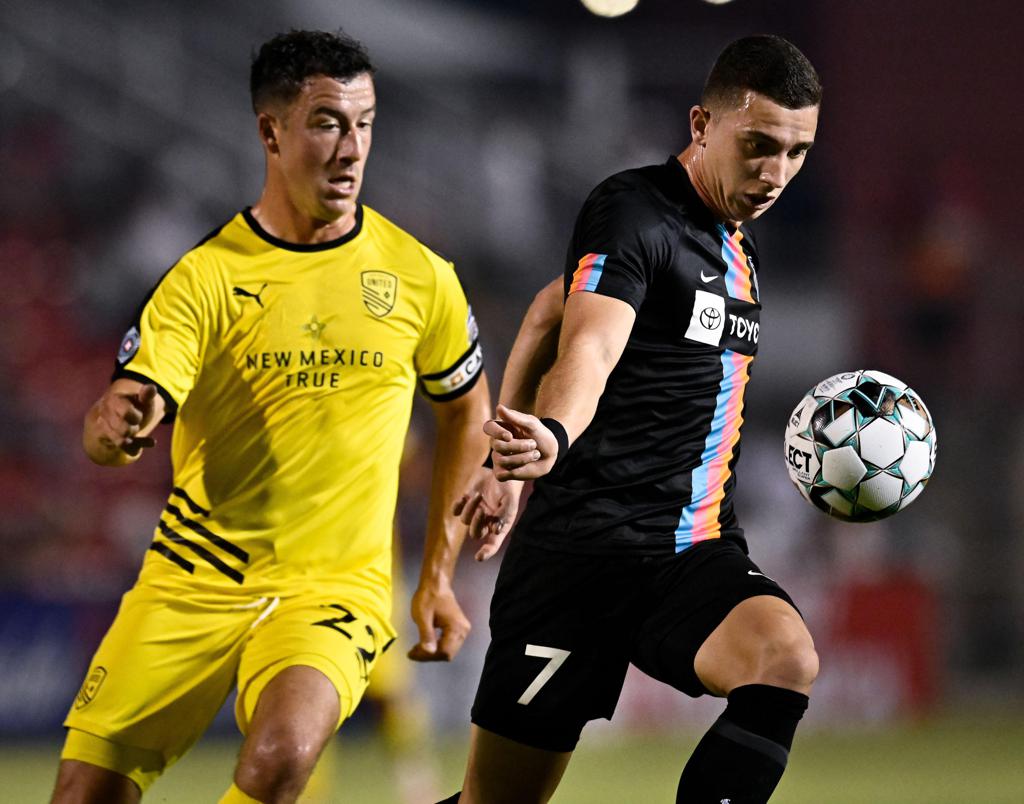 San Antonio FC (11-7-7) had its three-game winning streak snapped after losing 0-1 to New Mexico United (9-8-7) on Saturday night. SAFC lost just its third home match of the season, and first-ever home match to the New Mexico side.

“There was a lot of good moments,” said SAFC Head Coach Alen Marcina. “We did some good things out there with our pressing actions and we found good positions. We were unfortunate not to execute and their keeper made some big saves. We were unfortunate at the end; they scored a nice goal and they are a very good team.”

New Mexico started brightly, creating a number of early chances while forcing a save from San Antonio FC goalkeeper Matthew Cardone. However, half an hour into the match, SAFC snagged a foothold and came close through two Connor Maloney headers – one which was saved and another that went just wide. SAFC closed out the half the stronger team and almost took the lead right before the break, but Marcus Epps’ shot slammed the post right before the halftime whistle.

San Antonio FC started the second half well and immediately challenged the New Mexico goal with Epps going close once again after seeing his shot glance off the post once more. However, in the 84th minute, it was New Mexico United that would finally take the lead. A pass from Amando Moreno flicked off an SAFC defender’s leg before falling into the path of Chris Wehan who scored with a shot over Cardone. Wehan originally started the season with Orange County before returning to New Mexico in August. The midfielder also scored the lone goal in the playoff match between these two sides in 2020.