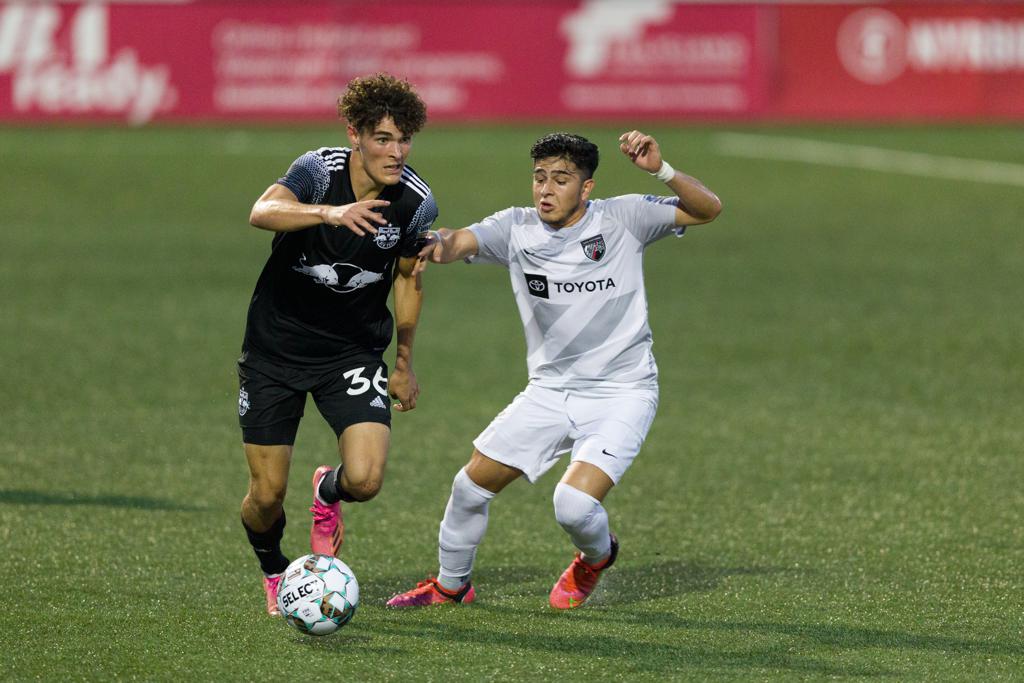 “The Red Bulls are a high pressing very aggressive team, and so are we,” said SAFC Head Coach Alen Marcina. “It’s two teams that are the aggressors with and without the ball. But our guys demonstrated resilience and were able to close the game a man down, so I’m incredibly proud of the guys in the locker room.”

After a furious start from the Red Bulls II that forced a brilliant save from Matthew Cardone, SAFC eventually were the first to strike in the 33rd minute. After midfielder Cam Lindley recovered the ball in midfield, his deflected pass found Gallegos who turned on the jets to steam past the defender and finish nicely into the bottom corner for the 1-0 lead. The Alamo City club entered halftime with the one goal lead before quickly doubling it at the start of the second half. A PC corner kick nearly found the head of Justin Dhillon before goalkeeper Samuel Joseph accidentally turned the ball into his own net.

After Mohammed Abu was sent off due to a second yellow card, Red Bulls II immediately capitalized and cut the lead in half in the 55th minute. However, SAFC would defend well and hold onto the lead to earn the road win in New Jersey.

SAFC will now head to Sacramento to take on Republic FC this Saturday, September 18 in what will be the final match of the team’s four-game road trip.