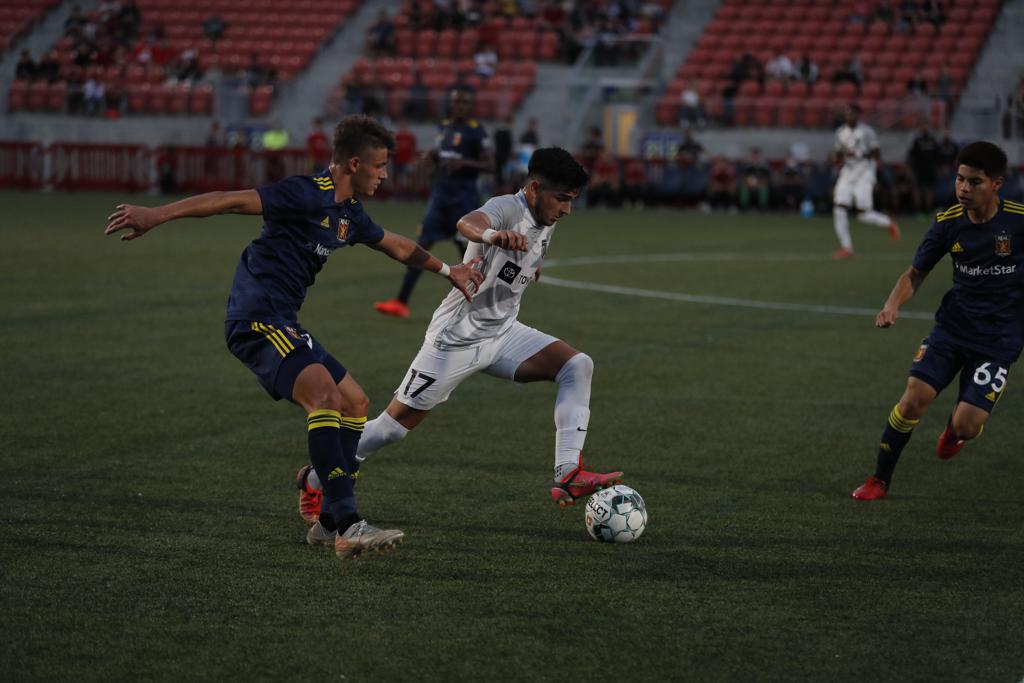 San Antonio FC (9-6-7) started their three-game road trip with a 1-0 win at Real Monarchs SLC (4-14-4) on Saturday night. A goal from Marcus Epps and a stellar team defensive performance helped earn all three points in a match that saw goalkeeper Matthew Cardone become the all-time appearance leader for SAFC.

“I’m incredibly proud of the guys,” said SAFC Head Coach Alen Marcina. “They demonstrated their resilience. We created a number of opportunities, and they maintained their confidence and kept pushing to get a goal. We knew at some point it was just a matter of time and Marcus [Epps] delivered a spectacular goal for the team.”

Despite the 0-0 score at halftime, SAFC created a number of chances in the first 45 minutes. Nathan, Epps and Gallegos all created dangerous chances but were unable to find the breakthrough. To start the second half, SAFC continued its dominance and forced a number of saves by the Monarchs keeper. Eventually, Epps received a pass from PC before dribbling past two players and scoring a beautiful strike off the underside of the crossbar from outside the 18-yard box.

The goal was Epps’ fifth of the season and third in his last five matches, while PC recorded his second assist of the season to go with a team-high four key passes. Cardone’s appearance was his 103rd in all competitions with SAFC, passing Greg Cochrane for the club lead.

SAFC will now travel across the country to face the New York Red Bulls II on Wednesday before heading back west to face Sacramento next Saturday.