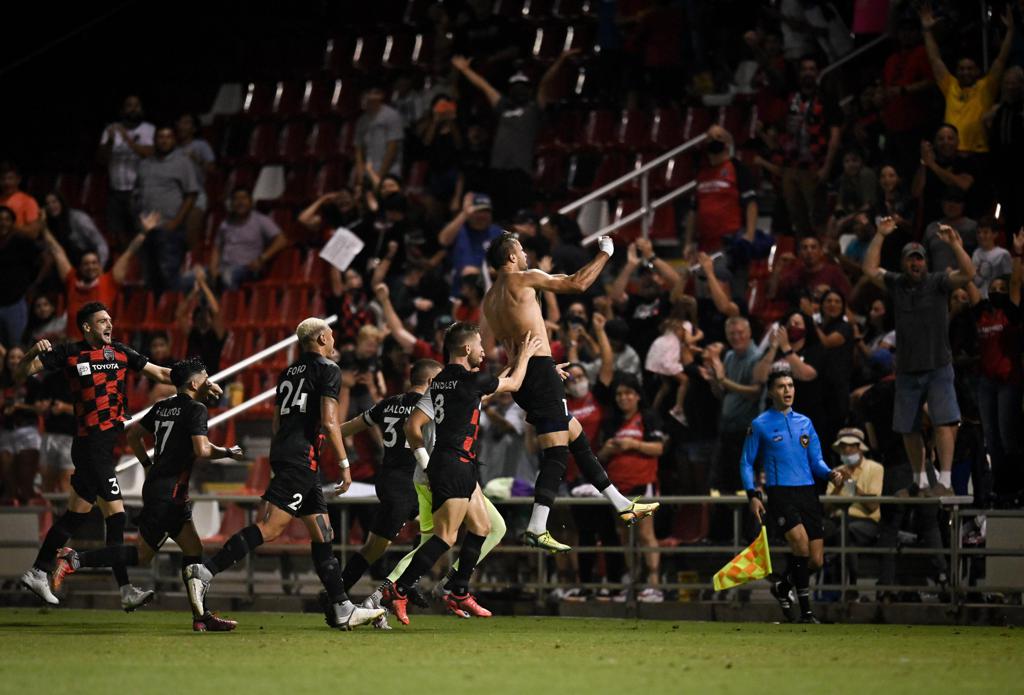 San Antonio FC (7-5-6) defeated the first place El Paso Locomotive (12-1-5) 2-1 on Saturday night at Toyota Field after a stoppage time winner from forward Justin Dhillon. A goal from Marcus Epps helped Dhillon and the team seal the three points in the first match for the club since August 8.

“I’m just so proud of the guys,” said SAFC Head Coach Alen Marcina. “With what we have had to endure the last few weeks it’s been incredibly difficult. We preach resilience and that’s what the guys showed tonight. They did everything they could on the field. They battled, they fought, and they earned the three points.”

SAFC opened the scoring in the first half when a pass from Jose Gallegos set Epps free down the left hand side. The Mississippi-born midfielder was denied a penalty claim just seconds earlier before he dribbled at a Locomotive defender and calmly slotted the ball into the far post to give the home side the lead. The teams reached halftime with the score still 1-0 in favor of SAFC, but El Paso started brightly in the second half and was able to equalize from a corner kick. Nick Ross’ corner found the head of Sebastian Velasquez who was able to tie the game.

Both sides were searching for a winner in the second half, but it was SAFC who would take the points after an incredible solo effort from Dhillon. A long ball from defender Jasser Khmiri was taken down wonderfully by the forward before he dribbled and went past three El Paso defenders. Dhillon then rifled a shot into the bottom corner in stoppage time to seal the victory and send the fans into pandemonium.

Recently acquired defenders Mitchell Taintor and Kortne Ford made their season debuts on the night while midfielder PC played 45 minutes in his return from injury. Goalkeeper Matthew Cardone appeared in his 99th SAFC match in all competitions, trailing former defender Greg Cochrane who amassed 102 appearances for the club.