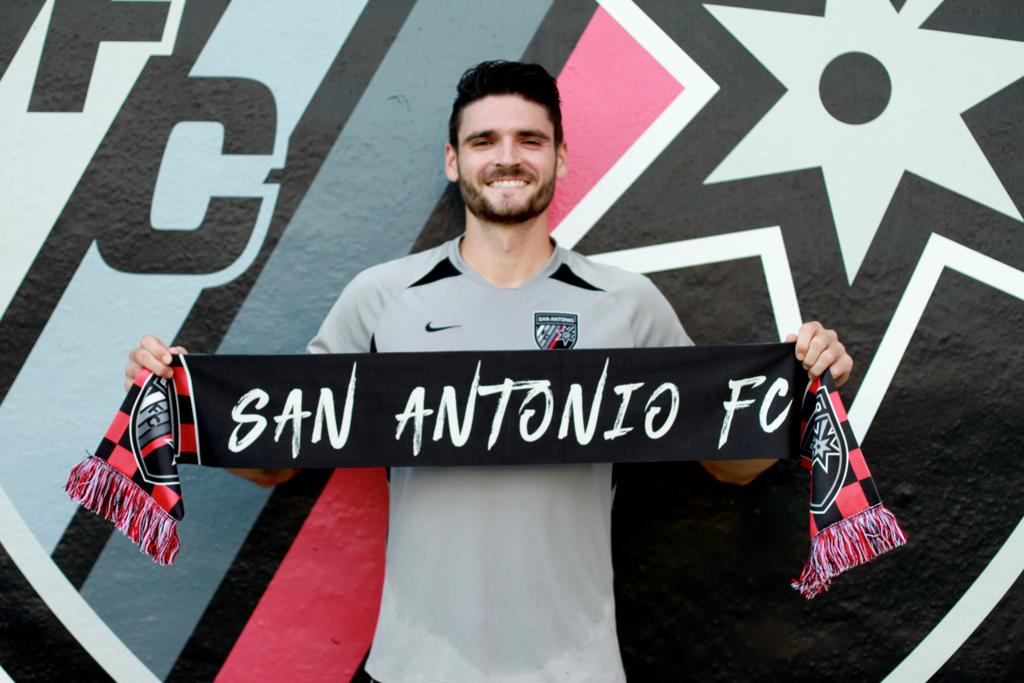 San Antonio FC has added defender Mitchell Taintor on loan from Sacramento Republic FC for the 2021 season, the club announced today. In addition, SAFC also announced that is has loaned midfielder Emil Cuello to Republic FC for the remainder of the season. Both transactions are pending league and federation approval. Per club policy, terms of the loans were not disclosed.

“We are excited to re-welcome Mitchell to the SAFC family,” said SAFC Head Coach Alen Marcina. “Mitchell is an on-field leader, ultra-competitor and one of the top-performing defenders on and off the ball in the league. His familiarity with the team and club culture enables a seamless transition as he joins his new teammates. Additionally, it is never easy to have such a talented attacking player depart. As a staff, we want to thank Emil for his fellowship, professionalism and contributions to the club.”

So far in 2021, Taintor has appeared in 13 matches (nine starts) while compiling 791 minutes played. The 26-year-old has recorded 34 clearances, 18 interceptions, 45 duels won, 21 aerial duels won and an 80.7 percent passing accuracy. Taintor has also added one goal, one assist and two key passes this season. While with SAFC in 2020, the defender appeared in 15 of the club’s 16 regular season matches, compiling 1,470 minutes, 68 clearances, 42 aerial duels won and 23 interceptions. Taintor also played all 120 minutes of playoff competition for the team.

Prior to 2020, Taintor spent the previous two seasons with Sacramento in the USL Championship. Overall, from 2018-19 with the Republic, Taintor made 64 appearances (61 starts) between the regular season and playoffs, amassing 5,373 minutes played while adding three goals, three assists, 258 clearances and 146 duels won. Originally drafted by Toronto FC in the third round (59th overall) of the 2016 MLS SuperDraft, Taintor signed with Toronto’s USL Championship affiliate where he made 47 appearances in two seasons from 2016-17. The Connecticut native was the club captain for Toronto FC II in 2017 and scored three goals for the Canadian side over the course of his time there. Taintor attended Rutgers University and played collegiate soccer from 2012-15, earning NSCAA Second Team All-Midwest Region and Second Team All-Big Ten Conference honors.

“I’m super excited to be back,” said Taintor. “I love the city of San Antonio, I love Texas and I loved playing for this team last year. We made a really good run last season, and I really believe in the style of play here, so I’m excited to be here, win some games and make a run in playoffs.”

Cuello originally joined SAFC prior to the start of the 2021 season. The 24-year-old recorded two goals and three assists in 16 games played (963 minutes) for San Antonio.

Following today’s transactions, the SAFC roster currently stands at 27. Taintor will wear No. 3 for the club.