Two Goals from Nathan Lead the Way Against the Rival Toros 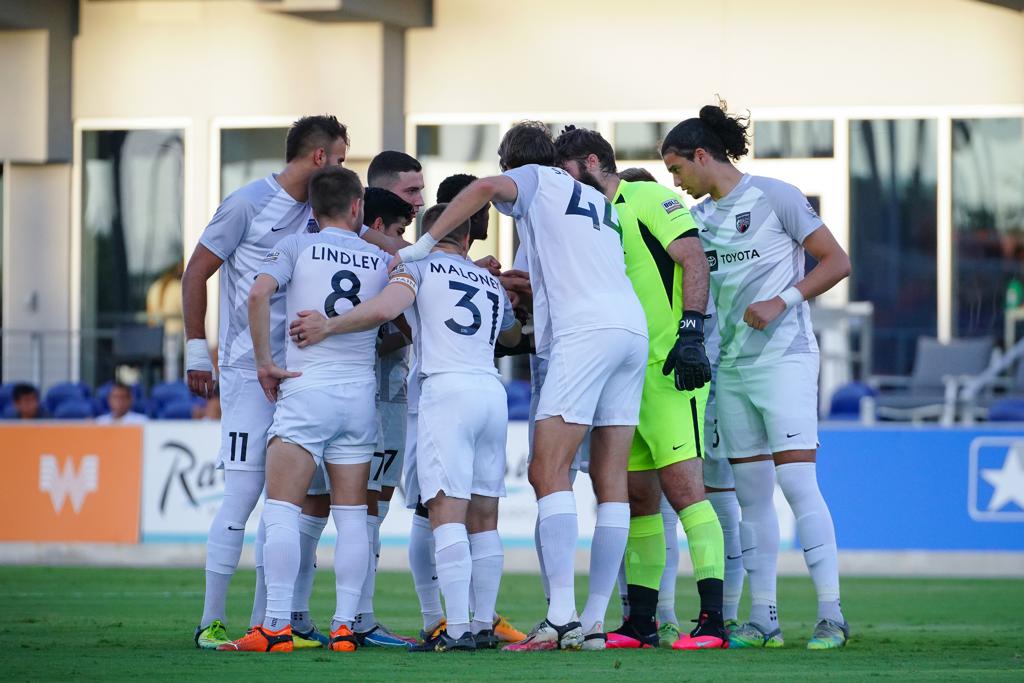 “I am incredibly proud of the collective,” said SAFC Head Coach Alen Marcina. “That’s four games in 11 days to show the team’s resilience. That’s something we have preached from day one. To get a result against one of the best teams in our conference makes me incredibly proud.”

SAFC were able to get on the board first after midfielder Jose Gallegos was taken down in the penalty area. Nathan stepped to the spot in the 18th minute and squeezed his shot past the Toros keeper for the 1-0 SAFC lead. RGV were able to equalize later in the first half when Carlos Azocar got on the end of an Adrian Vera pass in the box before dispatching his shot into the top corner of Matthew Cardone’s goal.

With both sides coming out in the second half looking for the winner, SAFC would take the lead on a counter-attack in the 35th minute. Justin Dhillon found himself in space down the left hand side before he squared the ball for Nathan who calmly scored his second goal of the game. With the brace, Nathan has scored seven goals in his last six games, and his three braces on the season are the most ever for an SAFC player. San Antonio was able to see out the match thanks to some strong defending and good goalkeeping from Cardone who made four saves on the night. The win marked the club’s fourth in the last six games as the second half of the season gets underway.

San Antonio FC will now travel to New York to face the Red Bulls II for the first time in team history next Saturday, before returning home to Toyota Field on August 21.