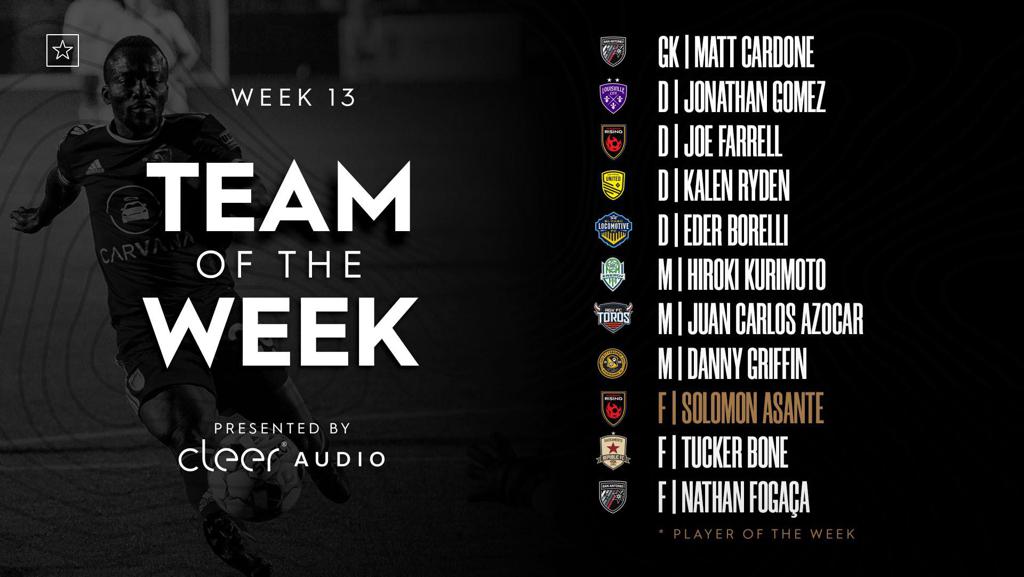 San Antonio FC goalkeeper Matthew Cardone and forward Nathan were named to the USL Championship Team of the Week after their performances in the 3-2 win at Colorado Springs last Saturday. Nathan scored his first two goals of the season while Cardone made a season-high eight saves in the club’s first road victory of the campaign.

Of Cardone’s eight saves, seven came within the penalty box as the San Antonio native recorded the second-highest amount of saves in a single game in club history. Cardone currently ranks third in the USL Championship with 43 saves and continues to hold the all-time SAFC saves record with 271. Nathan’s brace marked his first two goals for SAFC in league play, however the Brazilian forward scored twice in two exhibition matches last week against Pumas UNAM and Queretaro. Nathan currently leads SAFC with 19 shots and nine shots on target in 11 matches.

Nathan and Cardone join Joaquin Varela, Mathieu Deplagne, Marcus Epps, Emil Cuello, Santiago Patino, Sam Gleadle and PC who have been honored on the Team of the Week or Team of the Week bench so far this season.