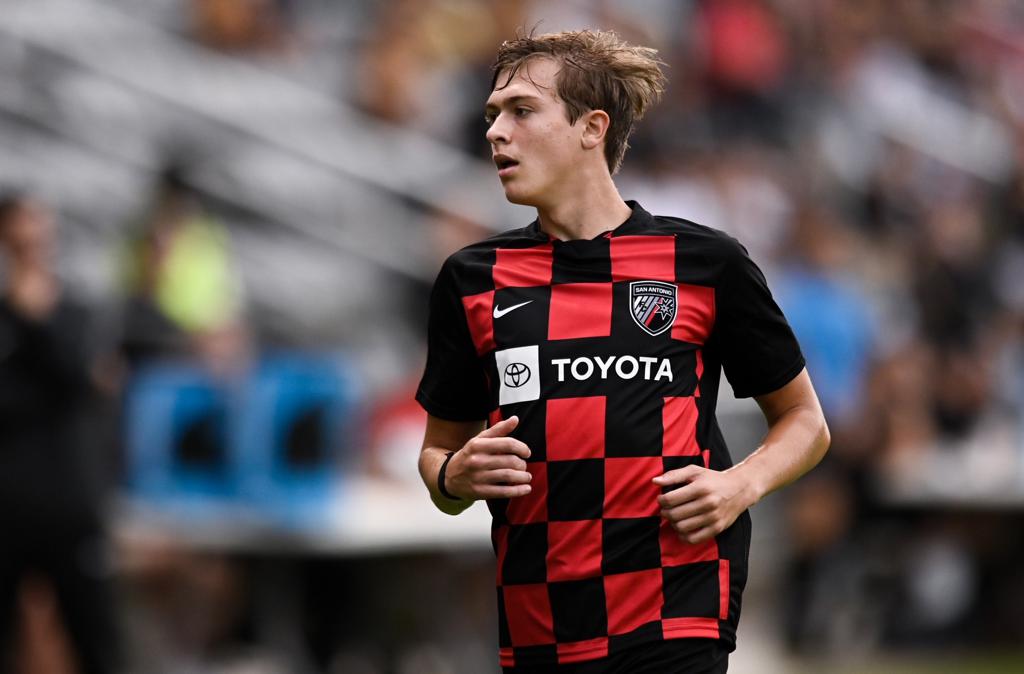 San Antonio FC has added defender Bradley Dildy to the roster pending league and federation approval, the team announced today. The player’s registration with SAFC as a USL Academy Player allows him to play in competitive matches without potentially jeopardizing future college eligibility.

“As a staff, we are thrilled for Bradley to join the first team,” said SAFC Head Coach Alen Marcina. “Bradley has excelled with our academy and has maximized his earned opportunities with the first team. Bradley has a fantastic future ahead of him and demonstrates the skill set to be a dominant left-back.”

Dildy recently became the 10th SAFC Pro Academy product to make a first-team appearance in either an Open Cup, USL Championship or exhibition match. Dildy played in both matches of the SAFC International Showcase against Pumas UNAM and Queretaro of Liga MX, playing 135 minutes and recording one assist. Dildy (birth year 2004) joined the SAFC Pro Academy in its inception in 2016, playing at every level within the program prior to making his first-team debut.

As of this season, San Antonio FC has had six Pro Academy products make their USL Championship debuts since 2018, including Ethan Bryant, Jose Gallegos, Carson Price, Leo Torres, Fabrizio Bernal and Josh Ramsey. Overall, SAFC has had 15 academy products appear in first-team matches in all competitions and international club exhibitions to date. The SAFC Pro Academy currently features over 100 full-time players, while the club’s Elite Training Program further expands the footprint of the club’s youth player development initiatives by focusing on the assimilation of pre-academy players into the club through collaboration with the local soccer community.