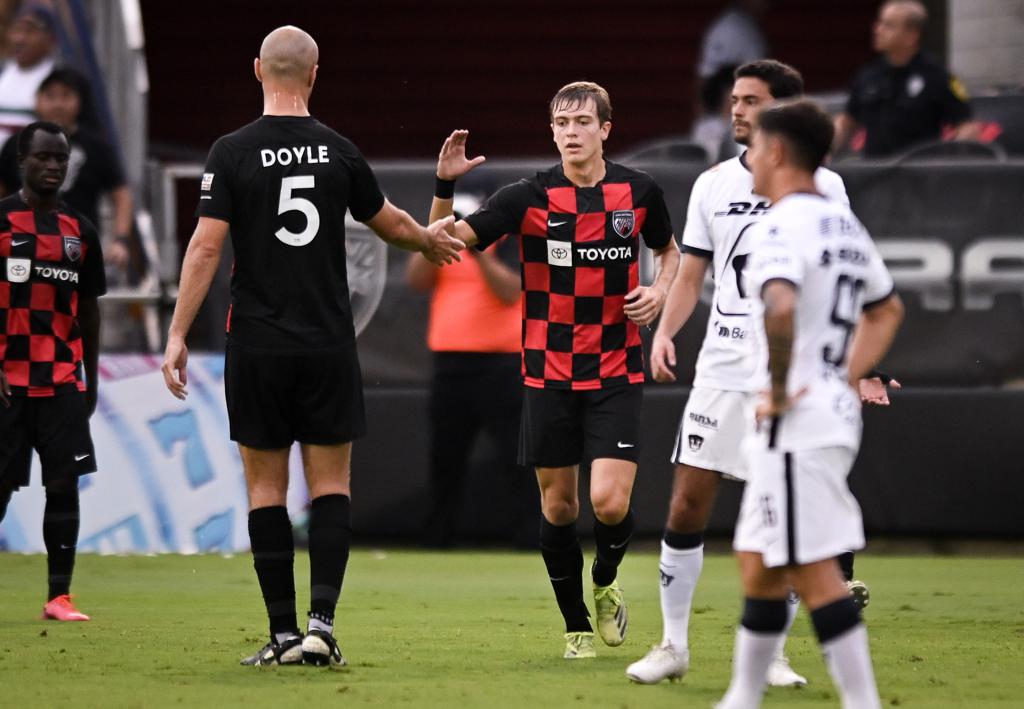 San Antonio FC played their second match in the SAFC International Showcase, hosting Pumas UNAM at Toyota Field Friday night. Despite the 2-4 loss for the club, SAFC once again put in an impressive performance, holding a 2-1 lead with 15 minutes to go with a mix of first-team and SAFC Pro Academy players.

"We're incredibly proud of the collective,” said SAFC Head Coach Alen Marcina. “To have the opportunity to compete in front of our fans against two Liga MX teams are memories that will last forever. This week the city of San Antonio got to see a total club identity. I'm incredibly proud of everybody. A lot of work has been put in from players, staff and front office, and to be able to demonstrate that club identity this week is something we'll remember forever, continue to build and continue to get better."

SAFC once again started the better side and opened the scoring 10th minute. A great pass from Emil Cuello slipped in Marcus Epps behind the defense before the midfielder sent a low pass across the face of goal that was finished by Nathan. The goal marked Nathan’s second in the International Showcase and second in as many games. After conceding three minutes later to level the score 1-1, SAFC took the lead again from a corner kick in the 23rd minute when Cuello’s cross found Jasser Khmiri who headed home for the goal.

The Alamo City club make nine changes at halftime, including SAFC Pro Academy player Angel Bernal who became the 15th overall player from the academy to make a first-team appearance. SAFC held the 2-1 lead into the 76th minute before fresh legs from the Liga MX side were able to score three goals in the final quarter hour of the match.

San Antonio FC once again nine SAFC Pro Academy and ETP products on the field tonight, tying the most in a single match in team history (exhibition or competition not including preseason).

San Antonio FC will return to league play with a road match in Colorado Springs against the Switchbacks on Saturday, July 17. SAFC will then return home on July 21 for a home match against New Mexico United on ESPN2.