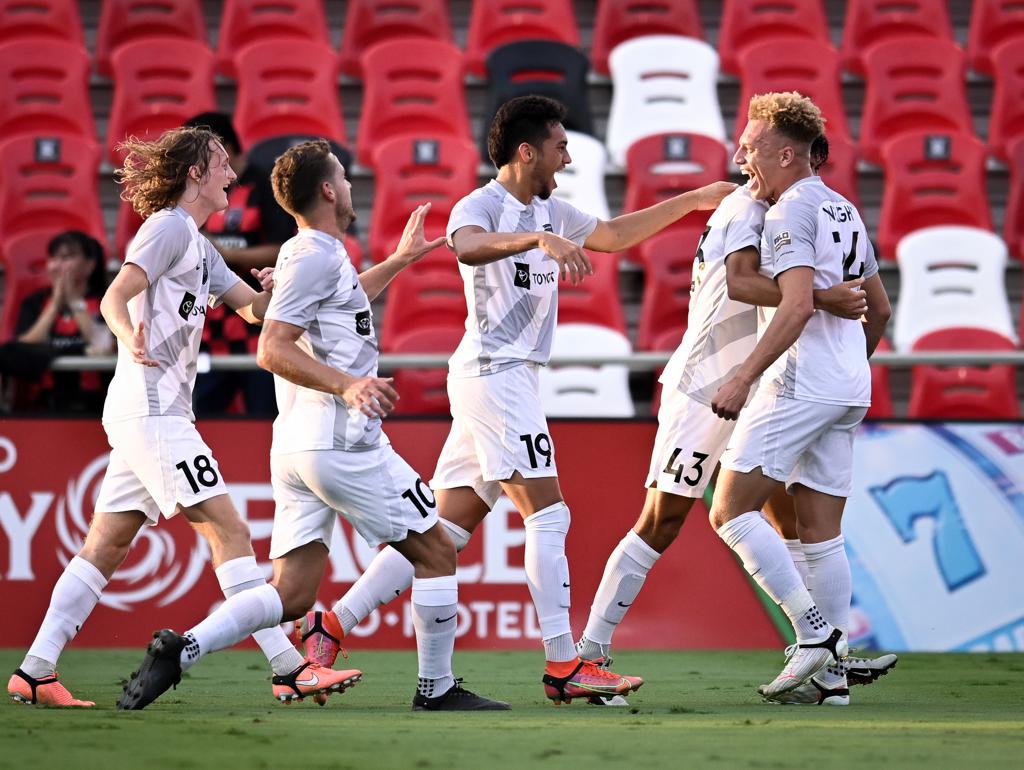 San Antonio FC welcomed Queretaro FC to Toyota Field in the first match of the 2021 SAFC International Showcase on Tuesday night. Despite falling 2-4 to the storied Liga MX side, both SAFC first-team and academy players put in an impressive performance over the course of 90 minutes.

"It was a fantastic opportunity to play a top team from Mexico,” said SAFC Head Coach Alen Marcina. “I'm incredibly proud of the guys as a collective. Our academy players earned the opportunity to be a part of this game and performed very well. Our current contracted players also stepped up and played very well, while different players took up leadership roles and as a collective, they performed."

SAFC started the brightest in the game and opened the scoring in the 25th minute. A counter-press from Ethan Bryant forced a turnover that Nathan picked up and dribbled into the opposing box. The Brazilian then found midfielder Ollie Wright in the box who slotted home for the lead. Queretaro equalized just two minutes later through Joe Gallardo, but the teams would only be even for the three following minutes. After a great pass from SAFC Pro Academy player Bradley Dildy, Nathan connected and slotted the Alamo City club’s second goal past the keeper for the 2-1 lead.

Starting with an unlucky own goal in the 69th minute, SAFC would then concede two more late goals with less than 10 minutes to go in the game, making the scoreline more dramatic than the SAFC performance deserved. Impressive performances from the SAFC Pro Academy players along with first-teamers like Emil Cuello, Shandon Hopeau and Ethan Bryant were the story of the night.

San Antonio FC featured nine SAFC Pro Academy and ETP products on the field tonight, and 10 in the overall squad, marking the most in a single match in team history (exhibition or competition not including preseason). 14 SAFC Pro Academy and ETP products have now played for the professional team in league play, open cup matches or international exhibitions.

San Antonio will now historic Liga MX side Pumas UNAM on Friday in the second match of the International Showcase. The match at Toyota Field kicks off at 7:30 p.m. and will air live on Bally Sports Southwest.