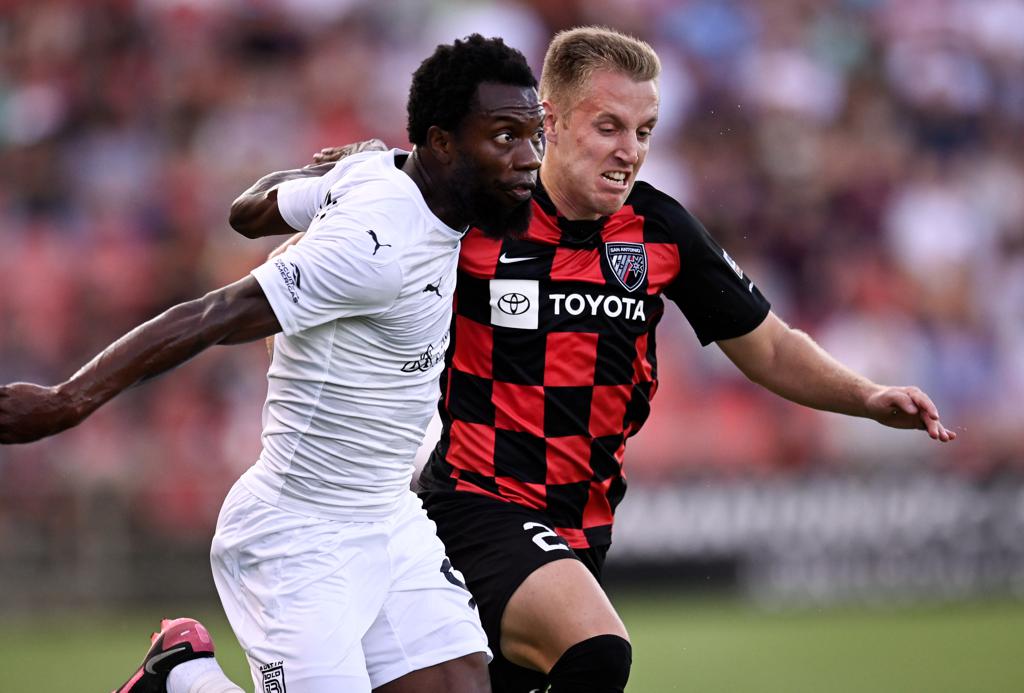 “Tonight, was an amazing atmosphere, our fans were incredible like they always are,” said SAFC Head Coach Alen Marcina. “I thought our guys performed very well, so this is difficult to accept. Like every game, we created a number of clean cut opportunities. We have to execute plain and simple. We have created more than enough to get the three points.”

The lone goal of the match came in just the second minute after midfielder Alasanne Diouf finished off a cross from just inside the SAFC box to give the visitors the early lead. The Bold then went down to 10 men in the 60th minute after forward Sean Okoli was shown a red card for a hard challenge on goalkeeper Matthew Cardone. SAFC was unable to find the equalizer despite outshooting the opponents 21-12 and creating 19 chances compared to their 10.

SAFC Pro Academy product Leo Torres made his second appearance of the season on the night, recording one shot, 13 touches on the ball and a 78 percent passing accuracy. The match also marked 17-year-old goalkeeper Daniel DeGuzman’s first inclusion in the in the game day roster. DeGuzman and Torres are both original members of the inaugural SAFC Pro Academy 2004 age group which launched the program in 2016.

SAFC will return to action on Tuesday July 6 as the club hosts Liga MX side Queretaro FC at 7:30 p.m., and again on Friday, July 9 at 7:30 p.m. as the team hosts Pumas UNAM. Both matches are part of the first-ever SAFC International Showcase.