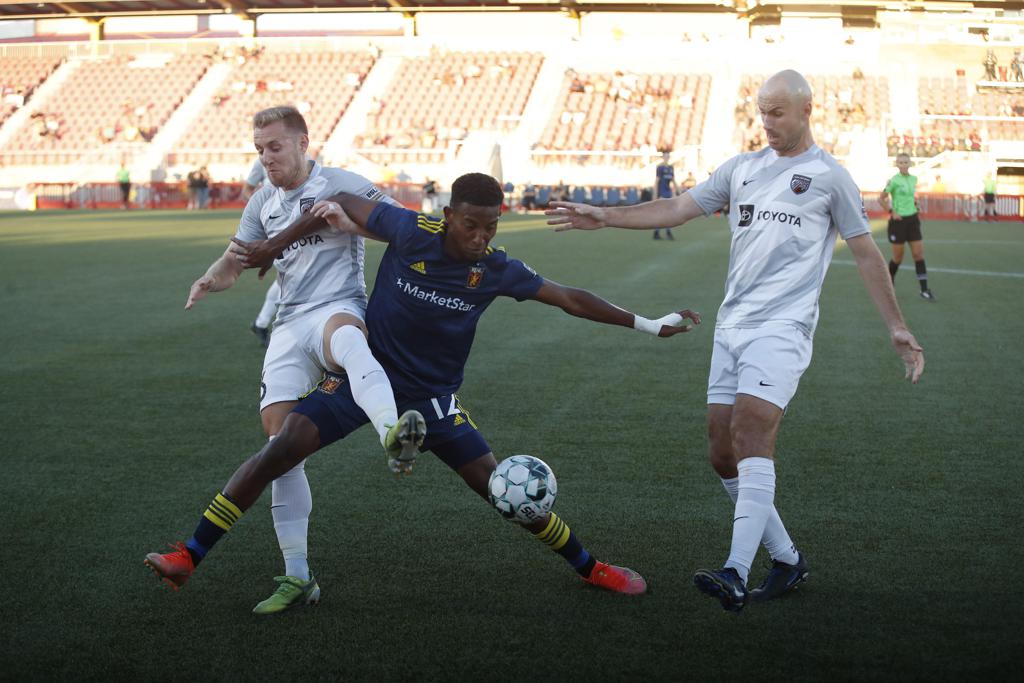 San Antonio FC (2-2-6) tied Real Monarchs SLC (1-5-3) on Saturday night, earning a road point away to a division rival. SAFC forward Justin Dhillon scored his second goal in as many games while midfielder Ollie Wright recorded his second assist in the tie.

“It’s positive to get a point on the road, it’s never easy playing from home,” said SAFC Head Coach Alen Marcina. “We created more than enough opportunities to earn the three points. Collectively, we need to do a better job executing. We believe and trust the process, and soon we will be executing and turning those ties into wins. All we can do now is learn, grown and get ready for our upcoming opponent.”

Real Monarchs SLC forced Matthew Cardone into some impressive saves early on, and eventually took the lead in 39th minute when Douglas Martinez was found with a quick free-kick before burying his one v. one. SAFC pressured the Monarchs goal before the halftime whistle but failed to level the score before the break.

SAFC were the better side in the second 45, creating chances to get back into the game before finally equalizing through Dhillon in the 77th minute. A great through ball from Wright found the forward who scored past the on-rushing keeper.

Dhillon was named the SWBC Man of the Match after his goal along with four shots, three shots on target and two key passes. SAFC defender Mathieu Deplagne made his return to the starting lineup after returning from injury, and midfielder Cam Lindley recorded a team-high five key passes in the match.

SAFC returns home to face Austin Bold FC in the I-35 rivalry this Saturday at Toyota Field. The meeting will be the first between the two sides in 2021.