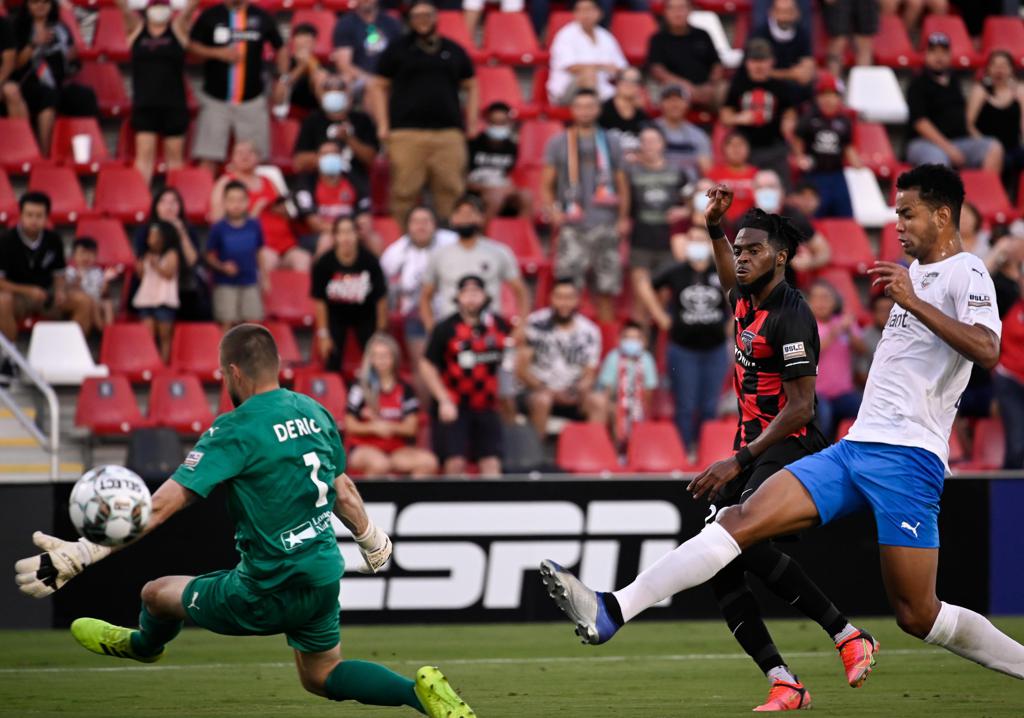 “We created more than enough opportunities to win that game,” said SAFC Head Coach Alen Marcina. “I don’t know what the count was, but I know it was high. The type of opportunities that we created were high percentage opportunities. We have to be more clinical and put teams away. As a collective we defended really well. That’s soccer. We remain undefeated at home for the last 17 games.”

SAFC opened the scoring just before the halftime break after midfielder Emil Cuello got out of trouble and played a through-ball to Epps, who dribbled in on goal and beat goalkeeper Tyler Deric far-post to gain the lead for the hosts.

The match proved to be a back and forth battle the rest of the way, with SAFC recording 10 shots on target on the night, the second-most in franchise history, while on the other end Deric recorded nine saves on the night—the most by any opposing goalkeeper in a single match in SAFC history.

RGV FC then found the equalizer in the 89th minute when midfielder Juan Azocar found the end of a cross and finished with a bicycle kick to level the score.

With the draw, SAFC extends its unbeaten streak when playing at home to 17 regular season matches. The Alamo City club will return to USL Championship action on Saturday, June 5 as the team visits Colorado Springs Switchbacks FC at Weidner Field at 7pm CT. The match will mark the first of a three-game road stint for San Antonio.