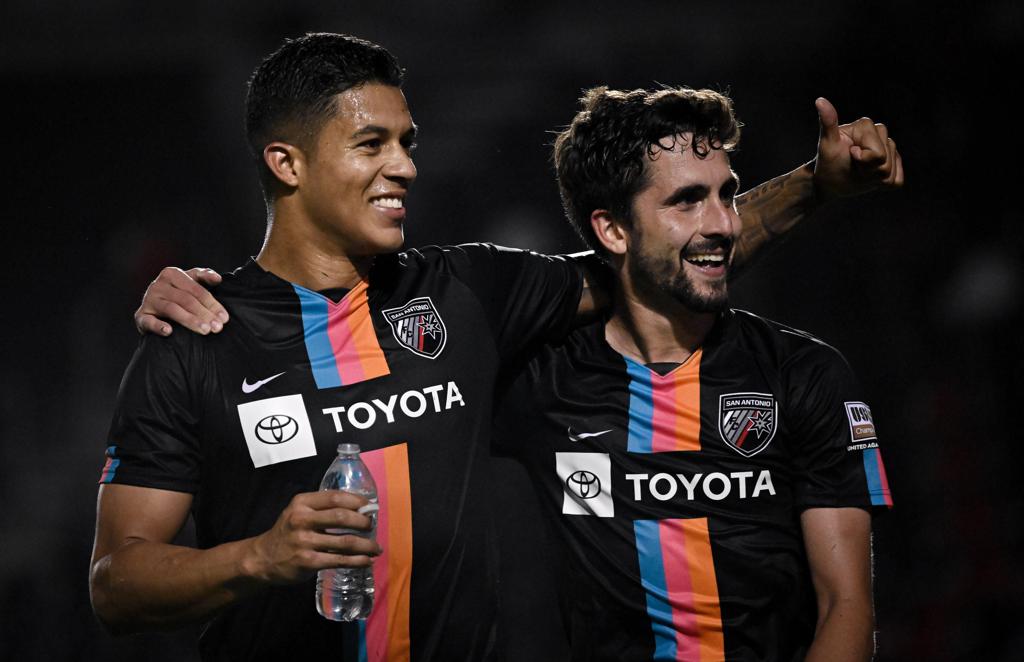 “Tonight was all around a special night,” said SAFC Head Coach Alen Marcina. “I’m so proud of everyone. We played in front of a sold out crowd. Our fans were amazing and brought so much energy. We got to celebrate a city tradition with ‘Viva Night’ and that was amazing as well. The front office did a great job and the players were committed. They earned the result.”

SAFC struck early as Patiño buried a rebound in the first minute of the match, marking his fifth goal of the season as the forward continues to build on the best start by any striker in SAFC history with five goals in the first four games of the season.

The Alamo City club held on to its one goal lead until the 81st minute, when forward Jordan Perruzza scored just six minutes after coming into the match as a substitute. The goal marks Perruzza’s first of the season and fourth overall for the club after a loan stint with SAFC during the 2020 season. The Canadian striker re-joined the club on loan on May 20.

Defender Mathieu Deplagne earned SWBC Man of the Match honors on the night, tallying his first assist for the club while recording a team-leading four interceptions and eight possessions gained, as well as four clearances. Goalkeeper Matthew Cardone also played a key role in earning the win, recording five saves during the match, including an impressive double save late in the game to hold on to the lead.

With the win, SAFC extended its unbeaten streak at Toyota Field in regular season play to 16 matches. The Alamo City club will return to USL Championship action on Saturday, May 29 as the team hosts RGV FC at 7:30 p.m. in the second edition of the South Texas Derby this season.