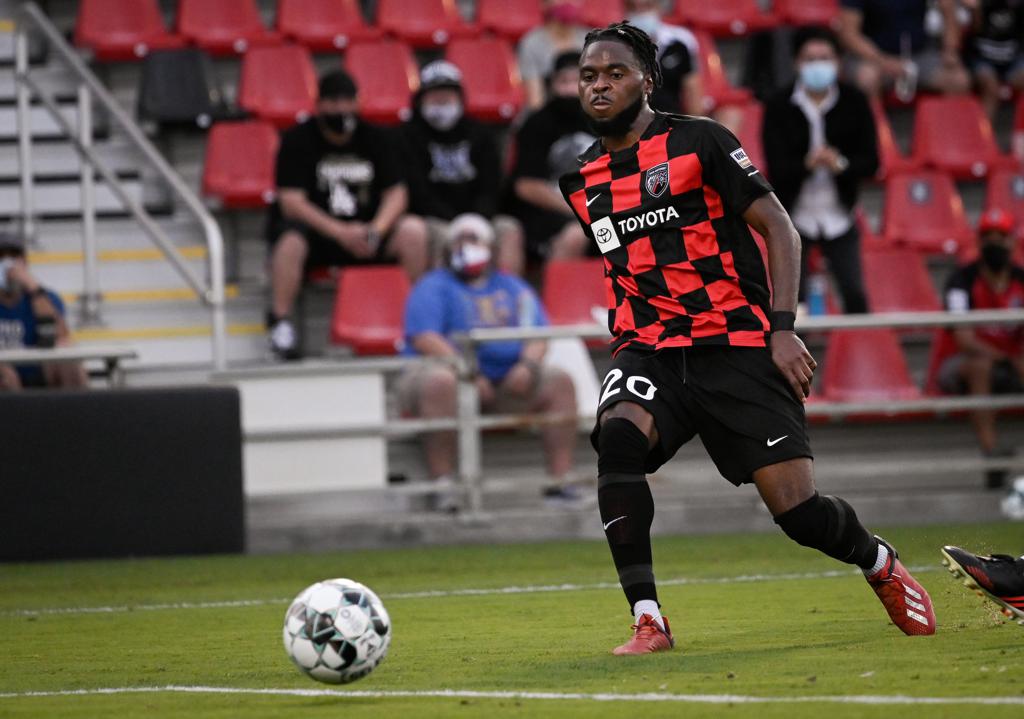 “To go down a man so early, our guys showed a lot of resilience,” said SAFC Head Coach Alen Marcina. “We were still creating opportunities, but there were a few little details that cost us. I’m proud of the guys who demonstrated those resilient behaviors.”

SAFC opened the scoring early in the match after midfielder Cam Lindley found Epps in on goal with a through-ball, which he slotted low and far-post to earn the lead in the 19th minute. The goal marks Epps’ first for the Alamo City club after joining the team from Portland Timbers 2 prior to the 2021 campaign.

The hosts then went down a man after midfielder Nathan received a red card in the 31st minute. SAFC then doubled the lead just before the halftime break when Cuello collected a deflected shot near the top of the visitors’ box, where he took a touch and sent a powerful strike past goalkeeper Jeff Dewsnup to make it 2-0.

The Monarchs narrowed the margin just three minutes into the second half after Ibrahim Bance finished off a cross from close-range. The visitors then leveled the score in the 55th minute when midfielder Bode Davis found a rebound at the top of the box and struck a half-volley past goalkeeper Matthew Cardone. The playing field was leveled yet again in the 75th minute after the Monarchs’ Chris Garcia received his second yellow card of the match, leaving each team with 10 players.

SAFC strung together a few chances thereafter, but were denied their best one by the woodwork in the dying moments of the match. The Alamo City club will return to USL Championship action on Sunday, May 16 as the club visits South Texas rivals RGV FC at 7:30 p.m. for the first time this season.