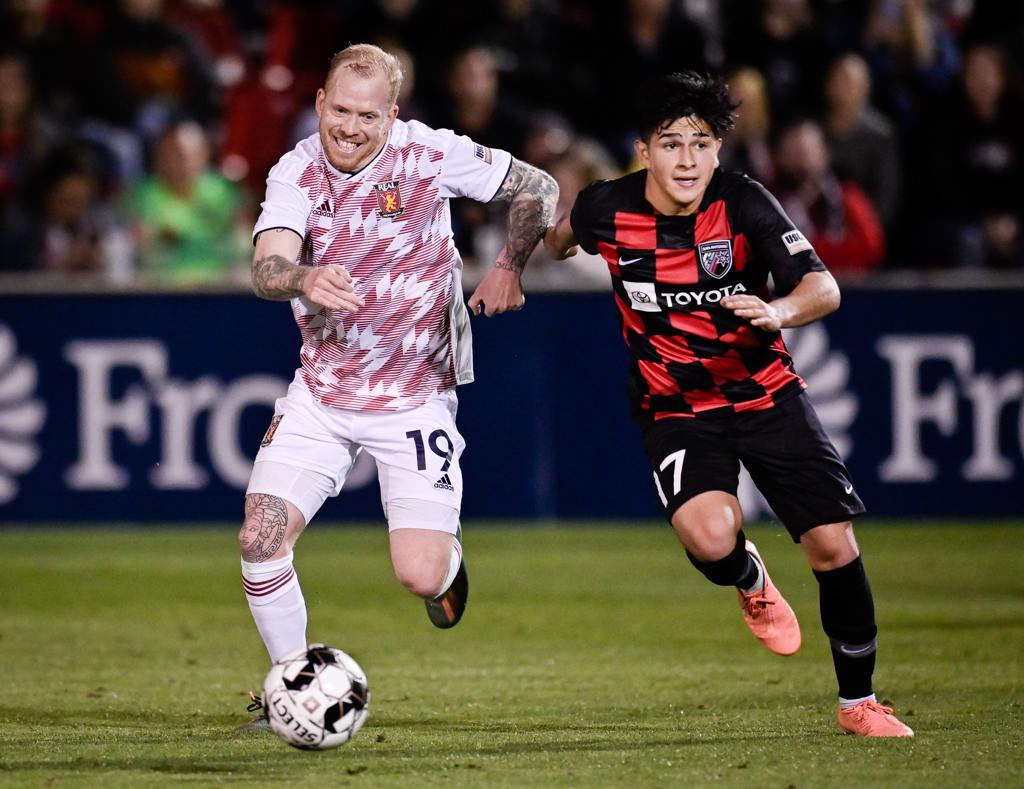 San Antonio FC will play back-to-back home matches to open the season as they welcome Real Monarchs SLC to Toyota Field this Saturday, just a week after defeating the Switchbacks 3-0 in front of a socially distant sold out crowd. The home match gives SAFC the opportunity to take another three points off a Mountain Division rival to help continue the good start to the season.

“It’s an exciting challenge for us,” said SAFC Head Coach Alen Marcina. “We are a firm believer in being relentless in our preparations. We don’t know the exact roster [Monarchs] will present, but we are excited about the challenges. So, we will be prepared and put our best foot forward, and look to compete and earn those three points for our fans.”

SAFC is coming off of a 3-0 win over Colorado Springs thanks to a hat-trick from Santiago Patino. The win was the fourth for the club in home openers, and the second time SAFC has defeated a team 3-0 in a home opener (also, 2017). For the fourth time in six seasons SAFC has started the campaign with three points, and Patino, PC and Sam Gleadle were all honored in the USL Championship Team of the Week and bench following the performance.

The match marks the first for Real Monarchs SLC of the season with the Utah club having a bye during the first two rounds of play. The game is a rematch of last season’s opener with SAFC taking all three points in March of 2020 thanks to a goal from Callum Montgomery.

“The guys have done a great job in the past few days of putting Saturday’s win behind us,” said midfielder Marcus Epps. “One win is one win. We keep that in our back pocket to show the standards we want to have at home and in all games, but the guys are laser-focused and ready to attack the game this weekend.”

Overall, SAFC is 5-2-1 against the Monarchs all-time, and 3-0-1 against them at Toyota Field. Following this home match, SAFC will travel to RGV FC on Sunday, May 16 for the first road contest of the season.