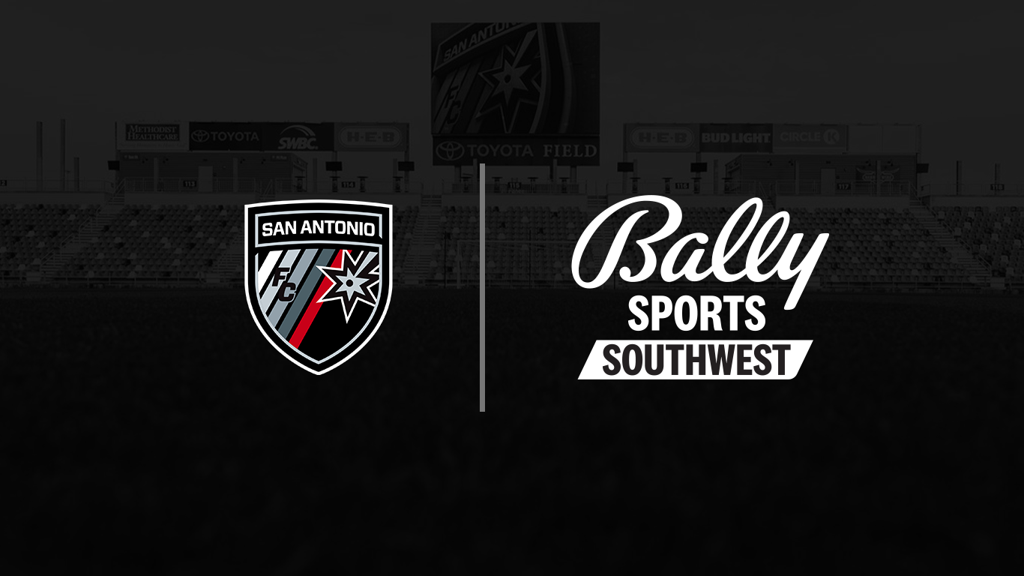 Bally Sports Southwest’s coverage of the season begins with a road match at Colorado Springs Switchbacks FC on June 5 before the network continues to air four more matches through June and July. Five matches in this year’s Copa Tejas will be shown on Bally Sports Southwest in 2021, starting with the June 19 home match against RGV FC and ending with the August 28 clash with El Paso Locomotive FC at Toyota Field.

In addition to the June 5 match in Colorado, Bally’s coverage of SAFC away matches also includes the July 31 match at Austin Bold FC and the September 18 game in Sacramento against Republic FC. San Antonio’s first-ever match against Pittsburgh Riverhounds SC will be aired on the Bally Sports Southwest on September 4, while the network will conclude its 2021 coverage of the Alamo City club on Sept. 25 as SAFC takes on New Mexico United.

As the season progresses, San Antonio FC will also announce additional league matches that will be aired on Bally Sports Southwest in 2021.