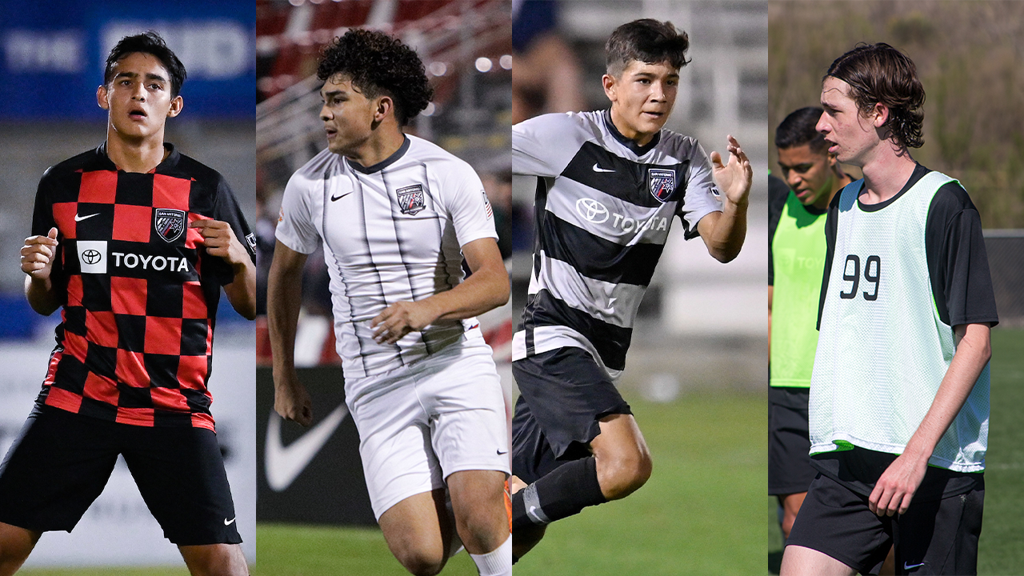 “As a staff, we are very proud of Faby, Roman, AB & Rocky for earning the opportunity to be contributors to the team identity,” said SAFC Head Coach Alen Marcina. “We are excited for them to progress from the ‘development phase' and continue to integrate into our first-team environment. This is an important piece of our club’s culture, and we look forward to these players potentially progressing to the further stages in our player performance model.”

All four players are members of the SAFC Pro Academy, while Bernal and Perez also spent the 2020 season as members of the first-team roster. In September of last season, Bernal became the fifth SAFC Pro Academy player to make his debut with the professional side. Lincon and Holt joined the club’s academy in its inception in 2016, while Perez joined in 2017 and Bernal in 2019. All four players have compiled meaningful minutes in preseason matches for SAFC this season.

Entering the 2021 season, San Antonio FC has had six Pro Academy products make their USL Championship debuts since 2018, including Ethan Bryant, Jose Gallegos, Carson Price, Leo Torres, Bernal and Josh Ramsey. Overall, SAFC has had nine academy products appear in first-team matches in all competitions and international club exhibitions to date. The SAFC Pro Academy currently fields five teams and competes in MLS Next, while the club’s Elite Training Program continues to pay huge dividends for the organization as well as the local soccer community.