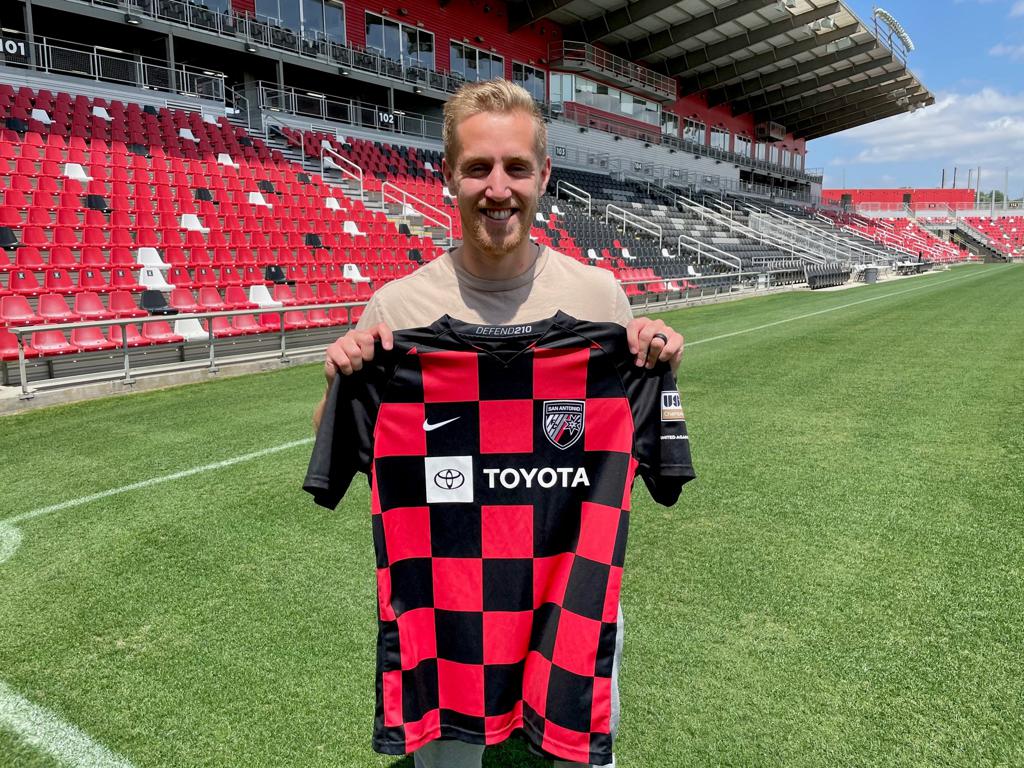 San Antonio FC has signed defender-midfielder Sam Gleadle for the 2021 USL Championship season pending league and federation approval, the team announced today. Per club policy, terms of the deal were not disclosed.

“As a staff, we are thrilled to welcome Sam Gleadle to the SAFC family,” said SAFC Head Coach Alen Marcina. “Sam is a dominant defender-midfielder who has performed at an all-league standard before progressing to MLS. He was named Reno’s Young Player of the Year in 2019 and was a significant performer on both ends of the ball. We look forward to Sam's contributions to our team identity.”

Gleadle joins SAFC from Minnesota United (MLS) where he spent the latter part of the 2020 season. After completing his third season with Reno 1868 FC to start 2020, Gleadle was signed by Minnesota ahead of the club’s playoff campaign. In three seasons from 2018-2020 with Reno, Gleadle helped lead 1868 FC to three playoff appearances while compiling 45 appearances, playing 3,214 minutes in all competitions. In addition, the 25-year-old added seven goals, seven assists and 71 interceptions while creating 55 chances with Reno.

His best statistical season came in 2019 when he finished the season with 27 appearances, five goals, four assists, 31 key passes, 30 interceptions, 15 clearances and 22 tackles. Gleadle was named Reno’s Young Player of the Year following the season.

“I’ve played San Antonio before when I was with Reno so I know it’s a top level club,” said Gleadle. “I am happy to be here and all the guys have been great welcoming me in. The first day of training was great and I’m looking forward to being here.”

The England native moved to the United States at age nine and came up through the Real Salt Lake youth system before attending the University of New Mexico where he played collegiate soccer. Gleadle made 70 appearances for the Lobos from 2014-17 while also playing for the Albuquerque Sol in USL League Two during his time in college.

With the signing of Gleadle, the active SAFC roster currently stands at 19. He will wear No. 23 for the club.