SAFC Season to Open on May 1 at Toyota Field vs. Colorado Springs Switchbacks FC 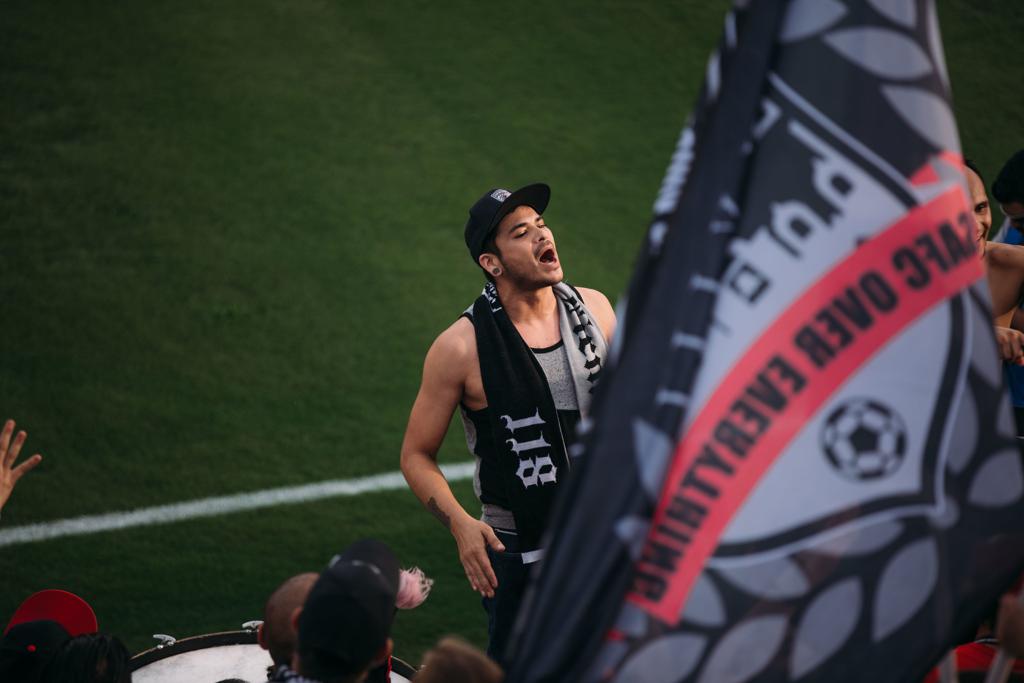 San Antonio FC will open the 32-game USL Championship regular season with back-to-back matches at home on May 1 and May 8 against the Colorado Springs Switchbacks and Real Monarchs SLC, respectively. SAFC will play four of its first five matches at Toyota Field, concluding the month of May with matchups against Birmingham Legion FC on May 22, and RGV FC on May 29.

In addition, after a year hiatus, the supporter-driven Copa Tejas tournament returns with all of the Texas-based USL Championship clubs being in the Mountain Division. In total, SAFC will play 22 Saturday matches, six Wednesday matches, two Sunday matches, one Friday match and one Tuesday match over the course of the season. October is the club’s busiest month with SAFC playing seven matches from Oct.3 – 30, including four at home.

Fans who would like to guarantee their place at Toyota Field for the upcoming season can purchase season tickets by calling or texting 210-444-5657 or by visiting SanAntonioFC.com. Tickets for individual games will go on sale at a later date, and information on 2021 playoff format along with the SAFC promotional and broadcast schedules will be released in the coming weeks 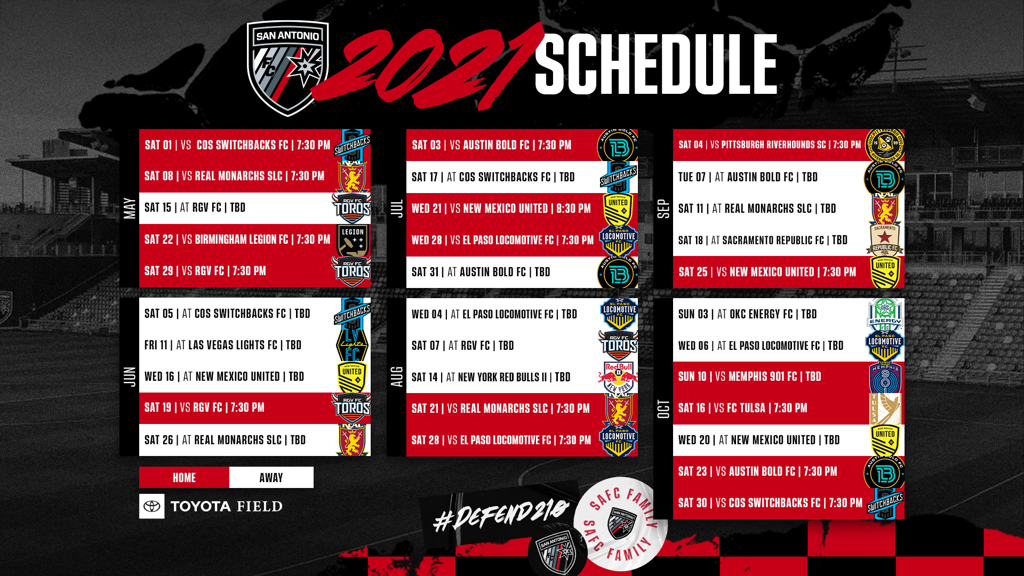