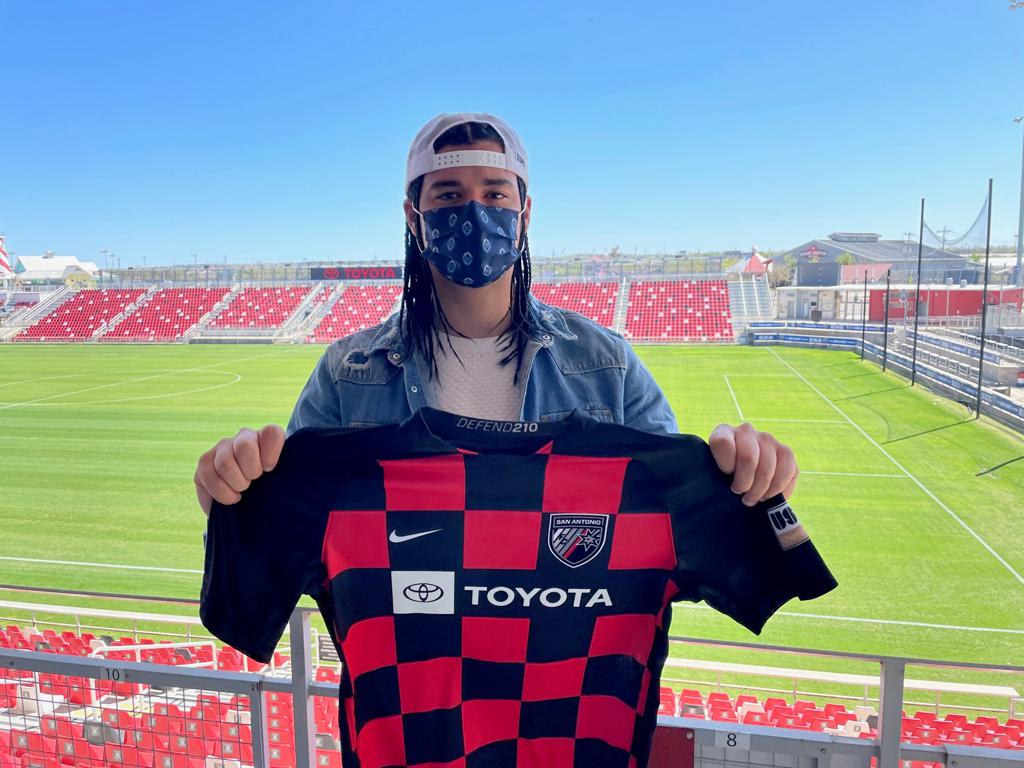 San Antonio FC has added defender Jasser Khmiri on loan from the Vancouver Whitecaps (MLS) for the 2021 USL Championship season pending league and federation approval, the team announced today. Per club policy, terms of the loan were not disclosed.

“We are thrilled to welcome Jasser to the SAFC family and appreciate the Vancouver Whitecaps for accommodating the loan,” said SAFC Head Coach Alen Marcina. “Jasser, a full Tunisian international center-back, is dominant in aerial duels, aggressive in one v. one defensive actions, and demonstrates the ability to consistently break opponents' lines of pressure. We look forward to having him join our group.”

The 6-4 defender made his professional debut at age 18 with Stade Tunisien in the first division of Tunisia. Khmiri would go on to make nearly 40 appearances with Stade in three seasons before being transferred to Vancouver. After representing Tunisia at the youth international level, Khmiri received his first call-up to the full international team in 2018 before making his debut in October of 2020.

With the loan addition of Khmiri, the active SAFC roster currently stands at 17. Khmiri will wear No. 33 for the club.