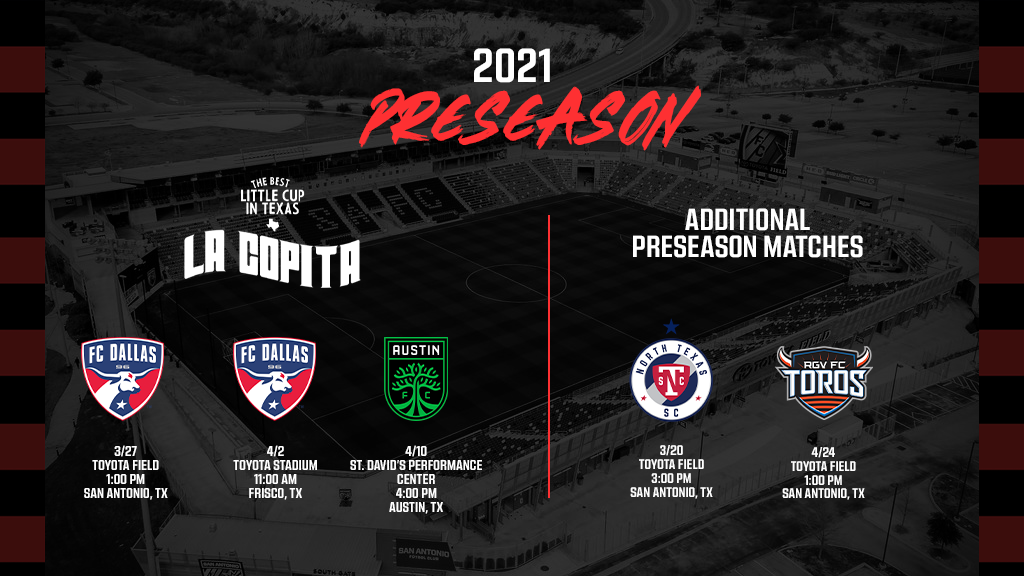 San Antonio FC will play five preseason matches, including three as part of the first-ever ‘La Copita’ preseason tournament, in preparation for the start of the 2021 USL Championship regular season.

‘La Copita’ will consist of SAFC alongside the three Texas based MLS clubs – Houston Dynamo, FC Dallas, Austin FC – in a round-robin style tournament. San Antonio FC will play three total matches in the tournament, starting on March 27 vs. FC Dallas and followed by April 2 at FC Dallas and April 10 at Austin FC. Winning teams will receive the standard three points in the ‘La Copita’ standings, while any match that finishes in a draw will be settled by penalty kicks after 90 minutes.

In addition, SAFC will play two other matches to round out their 2021 preseason schedule. The Alamo City will first play North Texas SC of USL League One this weekend on March 20 before concluding their preseason slate with a home match against USL Championship rivals RGV FC on April 24.

All SAFC preseason matches in 2021 – both home and away -- will be closed to the public.