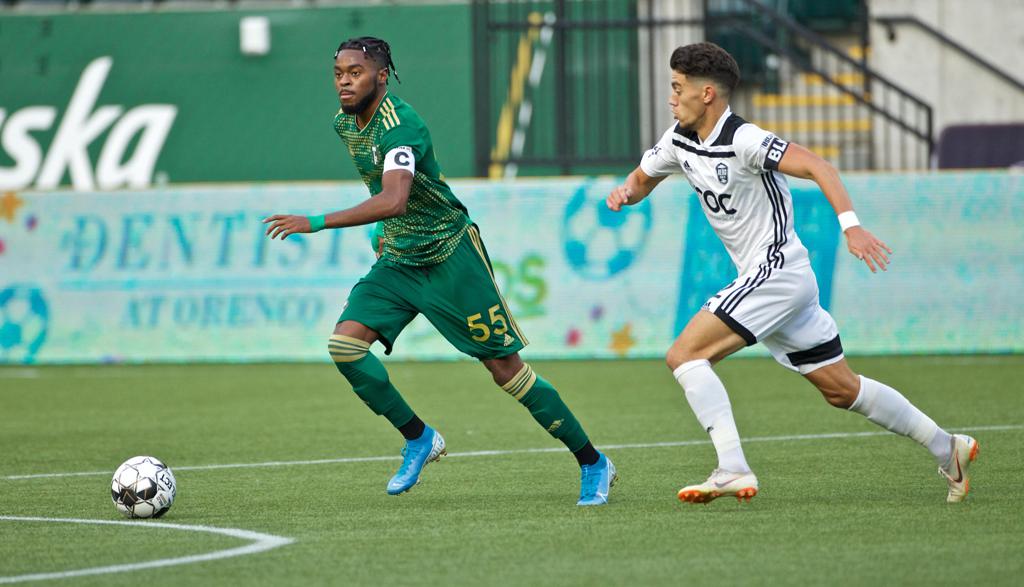 San Antonio FC has signed midfielder Marcus Epps for the 2021 USL Championship season pending league and federation approval, the team announced today. Per club policy, terms of the deal were not disclosed.

“We are excited to welcome Marcus Epps to the SAFC family,” said SAFC Head Coach Alen Marcina. “Marcus is a dynamic attacking talent who is among the league leaders in one vs. one attacking duals. He demonstrates a strong work ethic, is committed to growth as a player, and brings MLS experience to the team. Marcus possesses game-changing abilities coupled with the dedication to all pressing actions.”

Epps comes to San Antonio after spending the 2020 season with the Portland Timbers 2. In 13 matches last year, Epps recorded four goals, 13 key passes and 97 duels won in 1,120 minutes. Prior to his time with Timbers 2, Epps played for the New York Red Bulls (MLS) in 2019 where he made three appearances before loan stints with both Red Bulls II and Memphis 901 FC. In 33 USL Championship games in 2019, Epps compiled 2,526 minutes while adding five goals, four assists, 40 key passes and 228 duels won.

Originally drafted 25th overall by the Philadelphia Union in the 2017 MLS SuperDraft, Epps spent the first two seasons of his career with the Union and the Union’s USL Championship affiliate. Overall in his professional career, the 25-year-old has appeared in over 100 matches between MLS and USL, compiling 7,000-plus minutes and adding 15-plus goals.

“I am very happy with my decision to join an organization like San Antonio FC,” said Epps. “They do a wonderful job of providing a professional environment and competitive culture for players to develop and excel. I look forward to building on the success of previous years, as well as producing a successful 2021 season. I cannot wait to join the staff and my teammates and get to work.”

Epps attended the University of South Florida, making 75 appearances for the Bulls from 2013-16 while adding eight goals and nine assists. While in college, the midfielder also played for the Chicago Fire U-23 side in USL League Two during the 2014 and 2015 seasons.