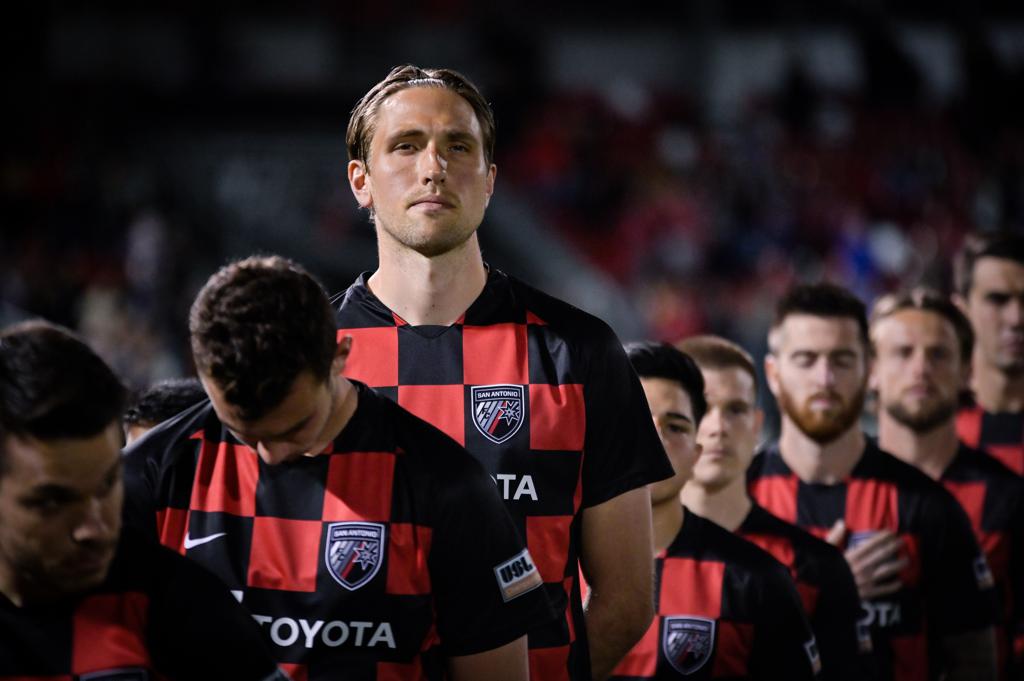 San Antonio FC has signed defender Axel Sjöberg for the 2021 USL Championship season pending league and federation approval, the team announced today. Per club policy, terms of the deal were not disclosed.

“As a staff, we are delighted to welcome Axel back to the SAFC family,” said SAFC Head Coach Alen Marcina. “Axel brings extensive MLS experience, which includes an MLS defender of the year nomination. He is a natural leader, a great on-field communicator, and an asset on set plays. We are confident Axel will have an impactful season and will play a notable role in driving our team culture standards.”

Sjöberg returns to San Antonio after initially joining the club on loan from the Columbus Crew prior to the start of the 2020 season. The defender started the first game of 2020 for SAFC, playing 90 minutes in a 1-0 win over Real Monarchs SLC. Following the suspension of play due to COVID-19, Sjöberg returned to Columbus and was subsequently traded to DC United where he made two appearances during the remainder of the season.

Prior to 2020, Sjöberg spent the previous five seasons from 2015-19 with the Colorado Rapids of Major League Soccer. While with the Rapids, the 29-year-old made 92 appearances, compiling 7,827 minutes played while scoring three goals. His most successful season came in 2016 when he was named to the MLS Best XI after starting 35 matches between the regular season and playoffs, totaling 3,162 minutes played. The defender helped lead the Rapids to a record-setting 0.41 goals against average at home after conceding just seven in Denver that season. Following the 2019 season, Sjöberg was signed by the Columbus Crew off waivers.

“My girlfriend and I are very excited to be back in San Antonio,” said Sjöberg. “While we have a lot of hard work ahead of us, I believe last year was just a taste of what the team is capable of, and I cant wait to join the group and contribute for a full season this time around.”

Originally drafted 14th overall by the Rapids in the 2015 MLS SuperDraft, Sjöberg attended college at Marquette where he made 63 appearances from 2011-14. The Sweden native played youth soccer in his native country with Helenelunds IK and Djurgårdens IF between 1995 and 2009. While in college, Sjöberg also made 49 combined appearances with USL League Two Clubs Sollentuna United FF and the Thunder Bay Chill.