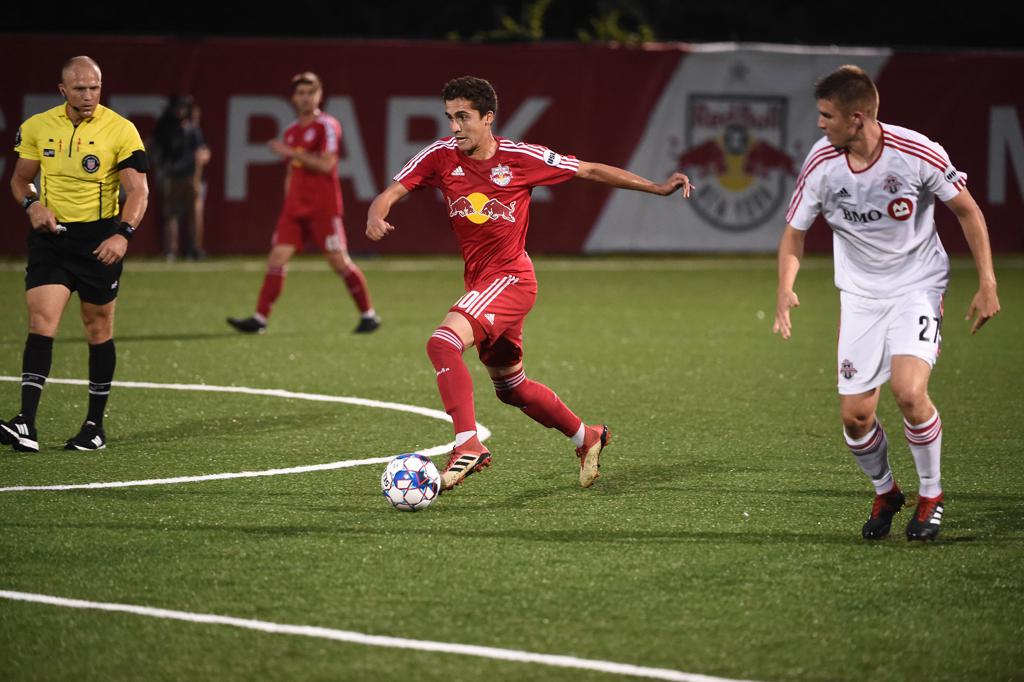 San Antonio FC has signed midfielder Chris Lema for the 2021 USL Championship season pending league and federation approval, the team announced today. Per club policy, terms of the deal were not disclosed.

“We are very excited to add Chris Lema to the SAFC family,” said SAFC Head Coach Alen Marcina. “Chris is a leader who has served as a captain, is an ultra-competitor, and holds MLS, USL, and national team experience in his young career. Chris has been among USL league leaders with on-the-ball execution and off-the-ball pressing action.  He holds a high upside and will contribute to the team identity well.”

Lema joins SAFC from the New York Red Bulls where he signed an MLS contract in January following three impressive seasons with the club’s USL Championship affiliate New York Red Bulls II. In three seasons with Red Bulls II from 2018-20, Lema appeared in 75 matches (70 starts) in all competitions, compiling 6,185 minutes played and adding six goals, 13 assists, 161 tackles, 358 duels won and 96 interceptions. The former Red Bulls II club captain’s most impressive season came in 2019 when he led the league with 94 chances created in the regular season, while adding five goals, six assists, 68 tackles, 173 duels won and 34 interceptions in 34 appearances (2,927 minutes) during both the regular season and playoffs. Following the 2019 season, Lema was named to the USL Championship All-League Second Team. In addition, the midfielder helped lead New York to the playoffs in both 2018 and 2019.

“I’m extremely grateful for this opportunity and I cannot wait to get started,” said Lema. “I’m looking forward to meeting my teammates, coaches, staff and all the SAFC fans.”

The 24-year-old originally joined the Red Bulls Academy in 2010 where he spent four years before moving on to attend Georgetown and play collegiate soccer. While with the Hoyas, Lema made 78 appearances and was named a Second-Team All-American following his senior season. In addition, while in college, the New Jersey native played for the Red Bulls’ USL League Two side, making 30-plus appearances over three years. Lema has also represented the United States at the U-17 level in his career.