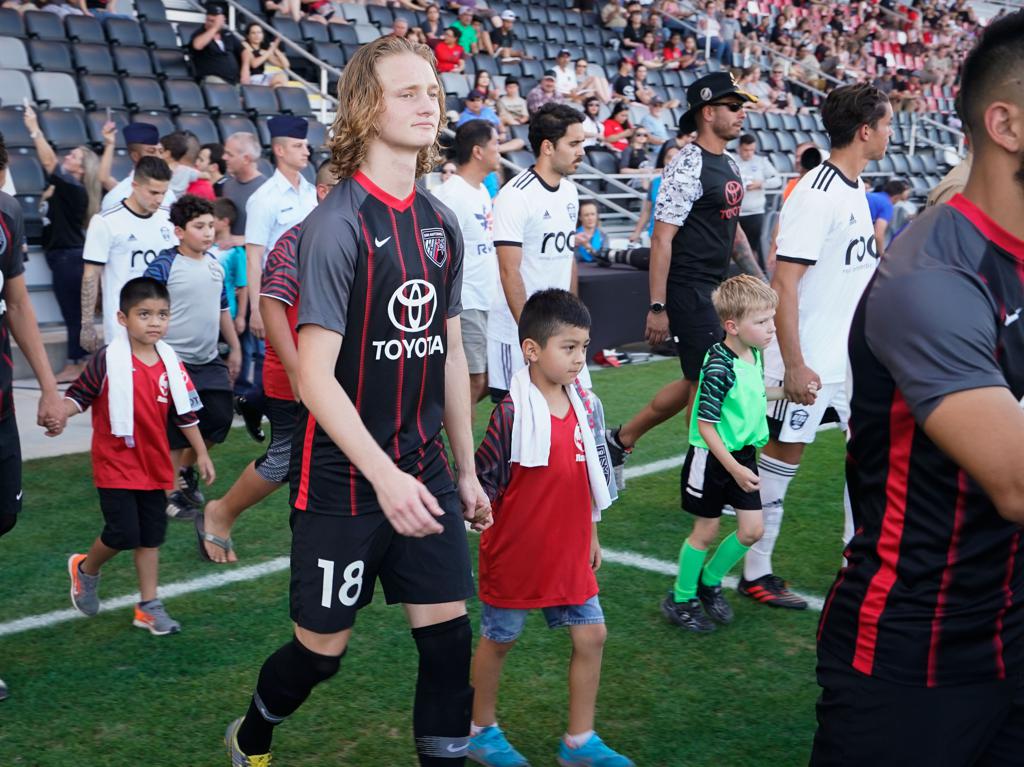 San Antonio FC has re-signed midfielder and San Antonio native Ethan Bryant for the 2021 season, pending league and federation approval. Per team policy, the terms of the deals were not disclosed.

“We are pleased to have Ethan back with our SAFC family for another season,” said SAFC Head Coach Alen Marcina. “Ethan is a part of an important homegrown contingent on the roster. He is committed to his personal development and shows great learning and growth desire each day. Ethan is strong technically, demonstrates high football intelligence, and is a versatile player capable of performing in multiple positions for the team.”

After joining the club late in the 2020 season, Bryant made two regular season appearances, recording 29 minutes on the field. Bryant re-joined San Antonio FC last September after originally spending parts of the 2018-19 seasons with the club prior to moving to KSV Roeselare in the Belgium second division. In his first two seasons with San Antonio, Bryant appeared in 16 league matches, compiling 1,225 minutes played. The 19-year-old scored two goals and recorded three assists with the Alamo City club, while also appearing in two Open Cup matches.

Originally discovered by the club after participating in the SAFC Pro Academy’s Elite Training Program, Bryant trained with the first team under observation during the 2017 season prior to being added to the roster in 2018. The midfielder is the second-youngest player to debut for the club after he made his first appearance at age 16.

“I’m really happy to be re-signing with San Antonio FC,” said Bryant. “Soccer has been crazy this past year for me, but I’m grateful to have a club that believes in me. I am ready to get to work and represent the city.”