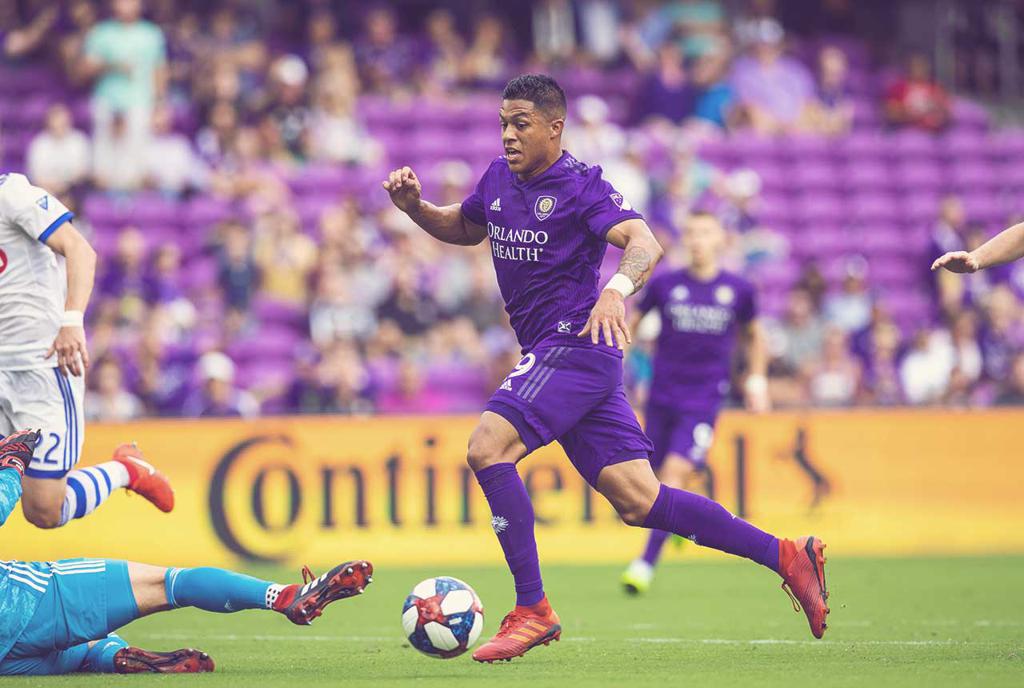 San Antonio FC has signed forward Santiago Patino for the 2021 USL Championship season pending league and federation approval, the team announced today. Per club policy, terms of the deal were not disclosed.

“As a staff, we are delighted to welcome Santiago to the SAFC family,” said SAFC Head Coach Alen Marcina. “Santiago is a talented, powerful and explosive striker who brings MLS and international experience in his young career.  He demonstrates a team-first mentality, is ultra-competitive and holds a high upside. We believe Santiago is destined to have a breakout season with SAFC.”

Patino joins SAFC after spending the 2019 and 2020 seasons with Orlando City SC of Major League Soccer. Last season, Patino made four appearances for Orlando before being loaned to Cimarrones de Sonora in Mexico in August where he would play 11 matches to close out the season. Overall with Orlando, the Colombian has made 13 appearances, playing in 330 minutes while recording two goals and one assist.

The 23-year-old was originally selected by Orlando City in the first round (third overall) in the 2019 MLS SuperDraft. Prior to joining Orlando, Patino spent time with USL League Two sides SIMA Aguilas and Seattle Sounders U-23 where he scored 13 goals in 21 matches.

“I’m thrilled to be at a club that expressed a lot of interest in me,” said Patino. “I know coming to SAFC is a great decision and I’m ready to give my best to help this organization. My goals for 2021 are to contribute to the team to reach our collective objectives and work to play in and win championships.”

After moving to the United States from Colombia, Patino was a member of the Orlando City Development Academy before attending Florida International University where he played collegiate soccer for four years. While at FIU, the forward scored 37 goals in 69 matches while being named an All-Conference USA selection three times. Patino has also been called up to the Colombian U-23 national team in his short career thus far.