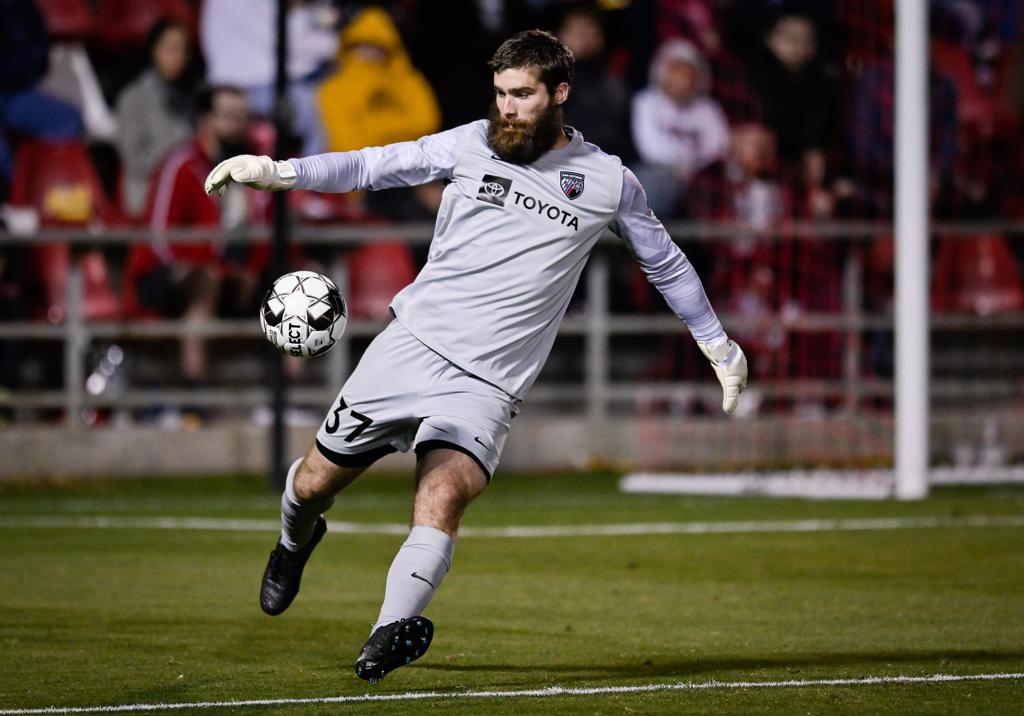 San Antonio FC today announced that goalkeeper Matthew Cardone is returning for the 2021 USL Championship season pending league and federation approval, the team announced today. Per club policy, terms of the deal were not disclosed.

“As a staff, we are very excited to have San Antonio native Matt Cardone back for the 2021 season,” said SAFC Head Coach Alen Marcina. “Matt has proven season after season to be one of the top goalkeepers in the USL Championship. He continues to evolve as a leader on and off the field and will continue to play an important part in evolving our team culture while meeting our team's objectives.  Matt serves as a fantastic example for all our aspiring youth soccer talents here in San Antonio.”

With his return, Cardone is the only SAFC player to remain with the club since it’s inception in 2016. During the 2020 season, Cardone started 11 matches, making 28 saves and allowing 11 goals in 990 minutes. The goalkeeper saved 71.8 percent of shots faced while keeping four clean sheets in the shortened campaign. The veteran helped lead a strong SAFC defense to the club’s second playoff berth in team history where he recorded five saves in 120 minutes in the Western Conference Quarterfinals.

Cardone’s most prolific season with SAFC came in 2019 when he appeared in 33 matches, compiling 2,923 minutes played and seven clean sheets. He recorded 94 saves on the season to set a new SAFC record while also ranking seventh in the USL Championship. Overall in his San Antonio FC career, Cardone has appeared in 80 matches in all competitions, making 79 starts and tallying 7,110 minutes. The 27-year-old became the first-ever SAFC player to earn USL Player of the Week honors after his performance at Saint Louis FC in August of 2016 and remains the club’s all-time penalty save leader with five. Cardone also holds the joint-record for saves in a single match with SAFC after he recorded nine at Swope Park Rangers on July 30, 2016.

“I am very proud to continue representing my hometown club and the incredible San Antonio fans and community,” said Cardone. “I look forward to our team and culture continuing to grow as we strive to improve on last season.”

Prior to joining SAFC, Cardone spent 2015 playing for the San Antonio Scorpions in the North American Soccer League. The Alamo City native played four years of collegiate soccer at Trinity University from 2011-2014, where he earned All-American honors in 2012 and 2014, and also attended MacArthur High School.