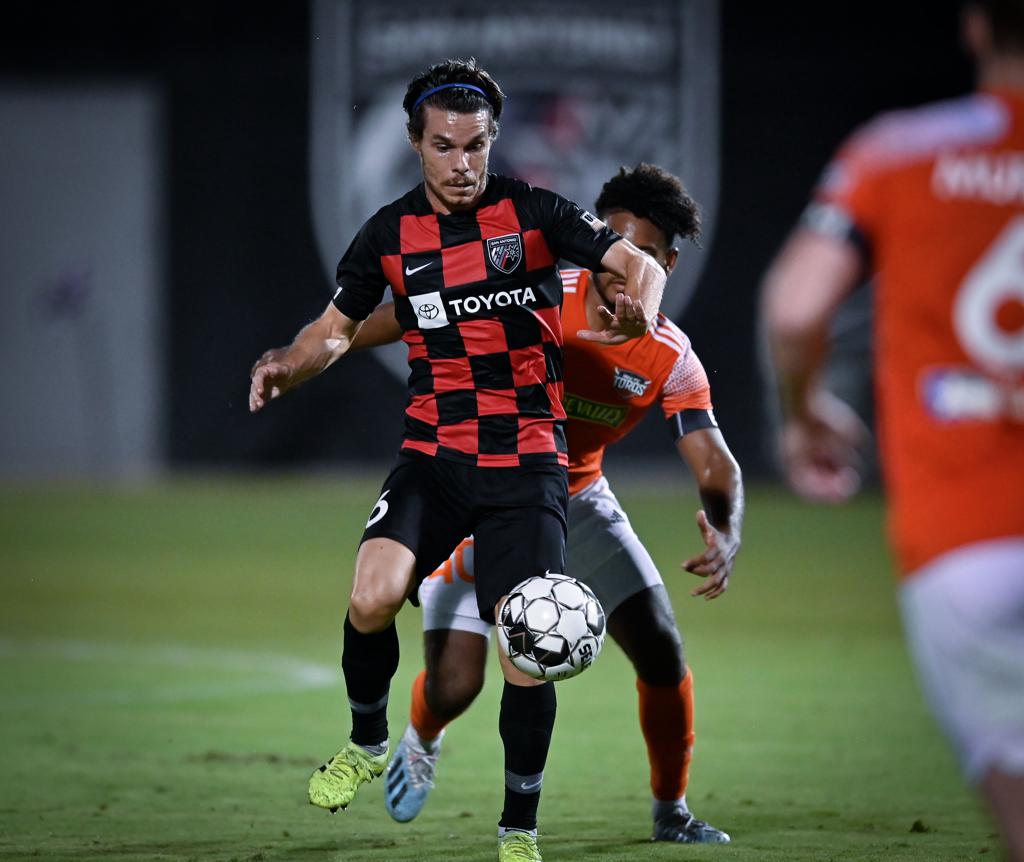 San Antonio FC has re-signed midfielder Victor “PC” Giro for the 2021 USL Championship season pending league and federation approval, the team announced today. Per club policy, terms of the deal were not disclosed.

“As a staff, we are thrilled to welcome back PC and his family to SAFC,” said SAFC Head Coach Alen Marcina. “PC played a vital part in our team culture and on-field success. His values, leadership, task execution on and off the ball, and overall commitment to the club and city are extraordinary. PC will continue to serve as a prominent figure in our team and our pursuit to compete for championships.”

PC was an integral member of the SAFC roster in 2020, appearing 14 of the club’s 16 regular season matches, compiling 1,254 minutes played. In addition to his goal and two assists, PC jointly led SAFC in key passes (23) while ranking second on the club in tackles (39). His dominance in the center of the park helped lead SAFC to a 10-3-3 record and a playoff spot in 2020 along with a league-best 11-game unbeaten streak. The Brazilian added an 81.6 percent passing accuracy along with 16 shots over the course of the pandemic shortened season.

The 27-year-old originally joined SAFC after spending the 2017-19 seasons in Major League Soccer with the Vancouver Whitecaps and Orlando City SC, respectively. The midfielder made over 30 appearances combined between Orlando and Vancouver. He also made 45 appearances across parts of two seasons with the Fort Lauderdale Strikers (NASL) before being sold to the Tampa Bay Rowdies (NASL) in the middle of the 2016 season. PC would go on to make 14 appearances for Tampa Bay while adding one goal and one assist to close the season for the Rowdies. Overall, the midfielder recorded nine goals and eight assists in 59 NASL matches with the two clubs.

“I’m thrilled to come back to San Antonio,” said PC. “I know all the staff and although some of the team will change, I’m happy to play a second year here. Our goal is to build on 2020 and be even better to reach our objectives. I’ll give my all to help my teammates so we can get to the final and have better results than we did last season.”

PC is a youth product of the famous Corinthians academy in his native Brazil and made his debut for the Corinthians B team in 2013. While with Corinthians, he also spent time on loan with Beleneses of the Portuguese first division.